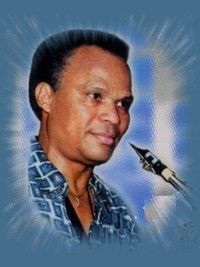 Former Haitian saxophonist of the musical group “Les Shleu Shleu” Tony Moïse, 75, a native of Cotes de Fer, died due to cardiovascular problems. Moïse composed songs that have remained alive in the Haitian musical world, such as “Ti carme,” “Dans la vie,” “Partie de chasse,” “Maille,” and “Devinez,” among others. In a statement, Acting Minister of Culture Josette Darguste said she was distressed by this regrettable loss.

In her eulogy, she said that “The disappearance of this singer, saxophonist and composer with exceptional talent surprises us and tears at our hearts since we did not know that he was sick. Until recently, he continued to distill legendary compositions of Compas; the rich discography of the band ‘Shleu Shleu’ was carefully maintained and improved by his dexterity. [. . .] Tony’s departure will leave, without a doubt, a gap that is difficult to fill in the Haitian cultural world. The Ministry of Culture bows to the remains of the immortal Tony Moïse, founding member of Shleu Shleu, while presenting its heartfelt condolences to all those afflicted by this loss.”

One thought on “Haitian Saxophonist and Composer Tony Moïse Passes Away”