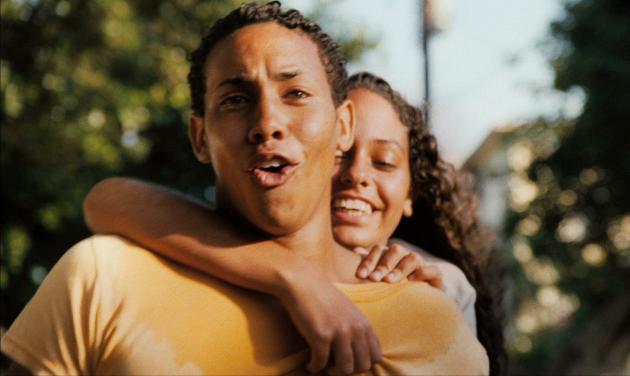 A trio of desperate young Cubans try to escape to Florida in the gritty drama “Una Noche,” reviewed by Rob Nelson for The Star Tribune.

Besides securing a place among the most visually immersive movies of the year, “Una Noche” is essential for helping to illuminate the plight of impoverished young Cubans in Havana.

Making her feature film debut, British-born writer/director Lucy Mulloy follows the efforts of a brother and sister and their friend to row 90 miles north to Miami in a flimsy raft. Despite her relative inexperience, Mulloy elicits indelible performances from her trio of non-professional actors and commands the viewer’s rapt attention in almost every shot.

“Una Noche” — now available for streaming via iTunes and Amazon Instant Video — has been given the invaluable imprimatur of Mulloy’s fellow New York University film-school grad Spike Lee, which makes perfect sense. Just as Lee’s “Do the Right Thing” served as a critical dispatch from center-city Brooklyn circa 1989, Mulloy’s fact-based movie doubles as a present-day documentary record of struggle and sacrifice in sweltering Havana.

To feel the film’s urgency, one needn’t be aware that two of the actors used the movie’s Tribeca Film Festival screenings as a means of seeking asylum in the United States — although such knowledge hardly impedes the viewer’s empathy for those left behind. Through anecdotal yet searing images of Havana street life, Mulloy tells the story not only of three teenagers harboring fantasies of escape, but that of countless unfortunates whose dreams will never be realized.

That said, the film fixes its gaze on Elio (Javier Núñez Florián) and Lila (Anailín de la Rúa de la Torre), twin siblings stuck suffering insufficient resources and negligent parents. When Elio’s friend Raul (María Adelaida Méndez Bonet) suggests leaving for Miami whatever the risk, Elio — who has a crush on Raul — is more than happy to go along, and eventually concedes to taking his sister on the treacherous journey.

With only a container of stolen food and a makeshift raft beneath them, the three adventurers brave the elements as Mulloy reminds us that, geopolitics aside, nature, too, is tempestuous.

For the original report go to http://www.startribune.com/entertainment/movies/221722451.html

One thought on “‘Una Noche’: Hope floats in Havana”