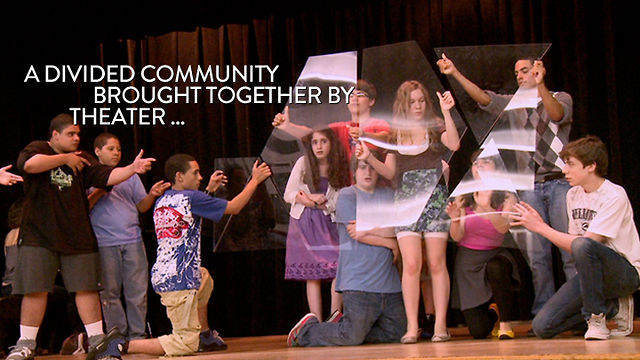 This review of Sosua: Make a Better World appeared in Film Threat.

Prior to the outbreak of World War II, the Dominican Republic offered to provide refuge to 800 German Jews seeking to flee the Nazi regime. This offer, which was made by Dominican dictator Raphael Trujillo, was not entirely altruistic – the racist Trujillo was in the midst of persecuting the nation’s black population, and he saw the arrival of Europeans as a means to expand his white population.

This film by Peter Miller and Renee Silverman retells that bizarre chapter in Caribbean history through a highly unusual vehicle: a documentary on the creation of a musical play about this incident. The play, which is staged by Broadway veteran Liz Swados, features a cast of Dominican and Jewish teenagers from the Washington Heights section of New York. Needless to say, history takes a back seat to profiles of the plucky kids who study and rehearse with aggressive passion.

The film is well made and the young performers deserve kudos for their talent and sincerity – and, mercifully, there are no big “Glee”-style attempts at show stopping musical numbers. The real problem is that the musical they are performing is not very good – the score is weak and the production trivializes the complexities and emotional angst that permeated this portion of both Jewish-European and Dominican history. While well intended, the ultimate result is less than satisfactory.

For the original report go to http://www.filmthreat.com/reviews/70343/#ixzz2cveHLnoZ