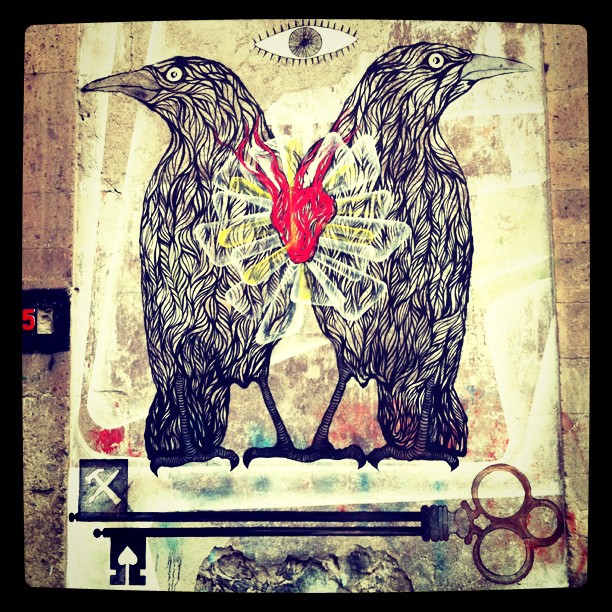 La Respuesta, one of Puerto Rico’s leading cultural spaces, is trying to reconnect with the great cultural scene present in the historic Puerto Rican neighborhood of El Barrio in New York. “Los muros hablan,” an international urban art and music festival, builds a cultural bridge between the Puerto Rican diaspora in New York City and the island by showcasing leading representatives of the world of art and music. The festival opened on August 19 and runs through August 25, 2013. El Nuevo Día reports:

It will be a week of murals, music, poetry, talks and varied performances in Harlem’s El Barrio. It began on Monday with a press conference at 1:00pm in front of the mural of Julia de Burgos on 106th Street between Lexington and Third Avenues. “Los muros hablan” [Walls Speak] represents a new link between Puerto Rico and the cultural platform represented by the historic Puerto Rican neighborhood of El Barrio in New York City. It will be the stage for the best muralists locally and internationally. José Morales, co-owner of La Respuesta, says, “We transformed the spaces into a venue for cultural promotion, exchange of ideas, dreams, concerns, and passion.”

The main goal of the event is to build cultural links through art and to undo the idea of ​​trenches between those who leave and those who stay. Artists who will imbue the walls with their visual reconstructions showing their experiences and reactions to diasporic realities include Don Rimx, Betsy Casañas, Axel Void, LNY, Juan Fernández Rivera, Roberto Biaggi, Pastel, Viajero, Elián and Manny Vega. Music and performances include the participation of Flaco Navaja and the Razor Blades, DJ Velcro, D’Marquesina, Miguel Luciano, Buscabulla, Maria Laboy, and Ricardo Cabret.

[Shown above: “Cuervos” by Celso González.]