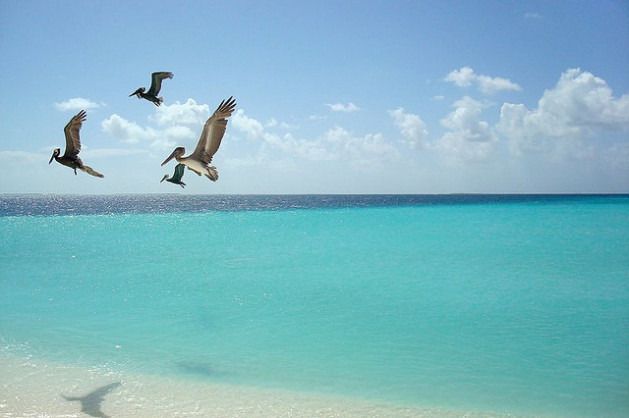 “Venezuelan island territories have great untapped tourism potential, and that is why, on the instructions of President Nicolás Maduro, we are planning intensive development of these spaces, but with care for the environment, specifically the islands of La Orchila, La Tortuga and La Blanquilla,” said Tourism Minister Andrés Izarra.

Meanwhile, Luigi Ricardo, president of the government Tourism Corporation in the northeast state of Anzoátegui, announced that a five-star 150-room hotel complex will be built on the small island of La Borracha, part of the coastal Mochima National Park.

The hotel complex will offer 300 beds, “a swimming pool for adults and another for children, tennis, volleyball and basketball courts, parks, a professional golf course and an indoor gym,” Ricardo said.

There will also be “a shopping centre, restaurants, nightclubs, clothing and shoes stores, a café, a pharmacy, a cinema, and exhibition space for artists from the entire eastern region,” he said.

La Tortuga, with an area of 156 square km, La Blanquilla of 64 square km and La Orchila of 40 square km, are islands ringed with beaches of fine white sand, at a distance of 70 to 200 km from the mainland, while La Borracha, only 4.5 km long and three km wide, is basically a rocky outcrop situated 10 km from the northeastern coast.

The Venezuelan Network of Environmental NGOs (Red ARA), made up of 24 organisations, declared its “concern about and staunch repudiation of the project to build a major tourist complex on La Borracha.”

The proposed works “contravene the legal framework in force for constitutional protection of national parks and the decrees” creating and regulating activity in the Mochima National Park, Red ARA said.

The network was referring to article 127 of the constitution, which says: “The state shall protect the environment, biological and genetic diversity, ecological processes, national parks and natural monuments, and other areas of particular ecological importance.” The decree they mentioned is number 276 of 1989, on national parks, which expressly forbids urbanisations and tourist clubs, public or private, and holiday complexes.

Juan Carlos Fernández, an activist with Fundación Caribe Sur, told IPS that “a study of this type must include data on the area affected, the materials to be used in the developments and the potential degradation they cause, and how their impacts will be mitigated and reversed.”

On La Tortuga and La Blanquilla there are temporary shelters and small jetties, while on La Orchila there has been a small naval base for the last 60 years.

Fernández challenged the idea of launching a tourism offensive on these islands “with their rich yet fragile biodiversity, their corals and breeding grounds, instead of first developing beaches on the mainland, where there is a greater need for job creation.”

He also criticised the authorities’ refusal to countenance proposals from scientific and environmental forums to establish a binational “ecological corridor” on islands off the continental shelf – La Orchila, the Las Aves and Los Roques archipelagos of Venezuela, and Bonaire and Curaçao of the Netherlands – to take advantage of the genetic, species and oceanographic connections between these islands that emerge from a submerged mountain range.

This area of 17,800 square km of sea and islands is also of archaeological and historical interest. In May 1678 the fleet of French Marshal and naval commander Jean d’Estrées was shipwrecked in Las Aves on its way to Curaçao, where it was planning to attack the Dutch.

Alberto Boscari, head of the environmental organisation Fundación La Tortuga, said it was not possible “to discuss a tourism project on this island when the area that was environmentally destroyed by the attempt to create a large development there in 2007 has not even been restored yet.”

The Venezuelan Environment Ministry has kept mum about the tourism projects for the islands. But governing party congressman Manuel Briceño, chair of the legislative Environment Committee, told IPS that “these projects must be assessed in environmental, rather than economic, terms.”

Venezuela “has a sufficient heritage of territorial assets for tourism activities, as long as they follow proper guidelines and are ecological. In the National Assembly (legislature) we should look not only at what is done, but at how it is done,” Briceño said.

“Tourism involving cruise ships, sun and sand is not the only option. There is an alternative, involving study, observation, research and the education of young people who need to get to know their country. Low-impact infrastructure could be developed, instead of enormous steel and cement structures,” he said.

Izarra, the tourism minister, said that Venezuela can offer “a tourism that is not about visiting museums, but based on natural beauty, and the only way it can be sustainable is by means of ecosocialism, that is, respect for the environment and communities, while having the lowest possible impact.”

The aim of this kind of tourism is “to become a major economic activity in Venezuela, and a real alternative to oil revenues,” he said.

Venezuela takes in some 100 billion dollars a year in oil income, while in 2012 a total of 783,000 foreign tourists brought revenues of 1.04 billion dollars, the Tourism Ministry informed the Agencia Venezolana de Noticias news agency in January.

María Eugenia Gil, of Fundación Aguaclara, asked: “When there is so much to be done, why don’t we improve what little we have, rather than risk repeating our mistakes in extremely fragile areas?”

The activist said the beaches in question were nesting sites for endangered species, like sea turtles, and a haven for migratory birds, which makes biological studies of the areas important.

For the original report go to http://www.ipsnews.net/2013/08/environmentalists-alarmed-at-tourism-plans-for-small-islands-in-venezuela/