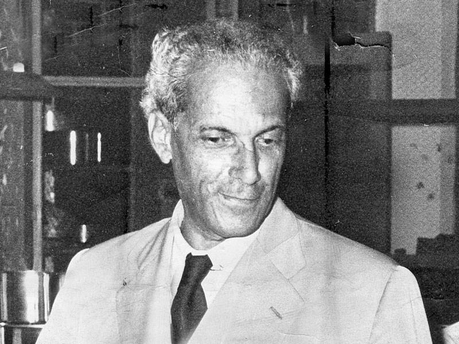 This Norman Manley milestone falls in the same year that the People’s National Party celebrates 75 years of existence. While Norman Manley was the PNP’s first president, the real founder was Osmond Theodore Fairclough, the PNP’s first general secretary. Norman Manley attended Jamaica College between 1906 and 1911. He was a high school athlete who had an interest in just about every sport, excelling as a runner. Indeed he was a well-rounded person who could also explain the chemistry of bucket-made ice cream by salt and ice. [. . .]  Norman Manley taught for six months at Titchfield in Port Antonio before taking up his award as a Rhodes Scholar in England where he studied law. He broke his studies and saw action in the first World War, for which he was awarded the Military Medal. [. . .]  Norman Manley got involved in politics as a result of the social upheaval in 1938.

To what extent does the People’s National Party, currently in power, use Norman Manley as a reference point? It is safe to say that the Jamaica Labour party does not use its founder National Hero Sir Alexander Bustamante as a reference point at all. The PNP uses its fundamental principles as its chief reference point, but reference to the first president seem to be less and less so with each passing day.

Education Minister Deacon Ronald Thwaites was at pains to point out to the teachers that they cannot get a raise of pay due to IMF conditionalities. Prime Minister Portia Simpson Miller has come out in support of the teachers. True, politicians will be politicians, and Michael Manley might have done the same, but his father Norman would never have done that. However, Bustamante would have, and indeed did so on one memorable occasion.

The late Ashton Wright was a diplomat, and prior to that the permanent secretary in the office of the prime minister. In his autobiography No trophies raise, Wright mentioned an incident concerning Bustamante when he led the Government between 1944 and 1955. As chief minister, Bustamante had received a petition from a district in Clarendon requesting the construction of a bridge. He instructed his permanent secretary to refuse the request due to a lack of funds, with a letter to the effect over his (Bustamante’s) signature. [. . .]  To quote Wright (page 53): [. . .] “Am alarmed to see letter in my name refusing the justified request by the humble inhabitants of (wherever) for a bridge which is an absolute necessity (stop) I have delegated my authority to no one to refuse assistance for any such projects (stop) Please discuss this on my return to rectify the situation (stop)”[. . .]

The similarity between Portia Simpson Miller and Sir Alexander Bustamante in political matters is akin to identical twins. Norman Manley would never have done either what his cousin Bustamante did on that occasion regarding the bridge, or what Portia did regarding the teachers. So I ask the question again. How much of a reference point is Norman Manley to the present day PNP?

When Norman Manley died on September 2, 1969, there were many tributes from all over the world. On that occasion, the late Professor Arthur Lewis said that it is only when West Africa starts producing politicians like Norman Manley that they will get on top of their corruption problems. [. . .] Norman Manley was a different type of politician. He was not someone who founded organisations supposedly to empower people, but done with an eye on the next elections. Jamaica Welfare (now Social Development Commission) was established by Norman Manley in 1937, the year before the PNP came into existence.

Like the rest of us, Norman Manley had his faults. He had a very bad temper and he did not suffer fools gladly (by his own account in his fragment of a biography in Manley and the New Jamaica, a compilation of his speeches edited by Rex Nettleford). [. . .] But Norman Manley had Jamaica’s best interest at heart. He died a poor man although he once earned a fantastic income from being one of the world’s most successful best criminal lawyers. He gave that up to serve Jamaica.