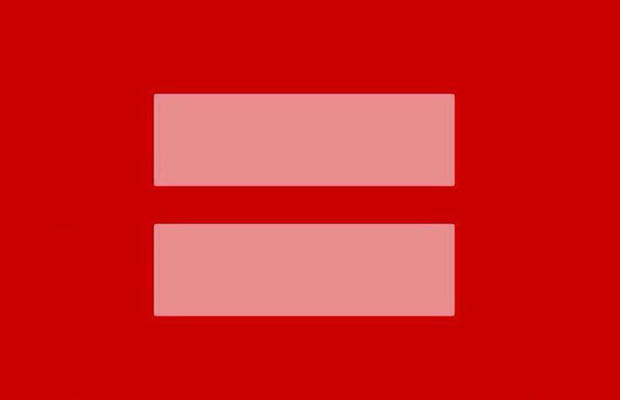 This article by Vidyaratha Kissoon appeared in The Stabroek News.

(2013 is an interesting year in the Caribbean for lesbian, gay, bisexual, transgender and intersex (LGBTI) equality. Belize, Guyana, and Jamaica have court cases pending. Guyana also has a select committee in the National Assembly to discuss the repeal of the laws that discriminate against LGBTI persons.  Vidyaratha Kissoon has been associated with LGBT activism for the last decade in Guyana and was a member and Trustee of the Society Against Sexual Orientation Discrimination (also celebrating its 10th anniversary this year) until his resignation in June 2012.  He reflects on the nature and responses to the LGBTI activism).

When did the Guyanese LGBT start attempting to find a place in society? Was it in 1959, in the all men Wedding of the Year? The Guiana Graphic of 12 July, 1959 had reported “..ANOTHER strange ‘wedding’ ….an all men affair… sent the down-town Charlestown area into a furore on Friday night as thousands blocked the traffic to get a glimpse of the ‘yellow tie’ men. The cutting of the three-tier cake was carried out without police intervention, unlike the last time when they were arrested and charged.”

Almost nine years later on 9 January, 1968, The Guiana Graphic (renamed Guyana Graphic post independence) carried a story about young Compton Boween, who was sent by Magistrate Aubrey Bishop for Psychiatric treatment for wearing a miniskirt. How was it then for those ‘mad’ men at the time, who would have dared to express themselves differently in the newly Independent Guyana? Were there times when police ignored them as in 1959?

Colleen McEwan , Executive Director of GuyBow, recalls the mobilisation in 1999 of the Rainbow Crew who were interested in promoting access to health, especially in the context of the HIV/AIDS epidemic, and promotion of equal opportunity for LGBT persons. The group was not interested in being publicly visible and active on legal issues since they felt at the time that maintaining livelihoods and building community relationships were priorities.

The 2000/2001  Constitutional Reform process opened the discussion on recognising the equality of LGBT citizens, after the model of the South African state. When President Jagdeo refused to assent to the Constitutional Amendment bill that would have included sexual orientation in the anti-discrimination clause, discussion raged in the letters columns of the newspapers.   In 2002, a University of Guyana Social Work student, Clayton Newman, decided to do some research on young gay men he met in Georgetown, which he agreed to share with persons who were interested in activism.  In 2002 also, a young human rights activist from India, Sanjay Kabir Bavikatte, started teaching in the Faculty of Law at the University of Guyana. He had been involved in activism in India around rights of sexual and gender minorities, and continued to engage both his students and the wider public (through the letters column of the newspapers) in debates around these rights. The letters at the time were also full of discussion not only about difference in sexual orientation, but also about race and ethnicity. While critics of the ‘gay rights’ movement like to say that it is ‘Northern’ and ‘Imperialist’, the movement in Guyana could most likely be said to have been inspired by events in South Africa and in India.

In April 2003, the first public forum was organised on Sexual Orientation as a Fundamental Right, and in May 2003, the political parties agreed to restore the discussion about sexual orientation with all of the other rights bills that had been outstanding.

An important development during this time was the University of Guyana students, who decided to campaign for the inclusion of sexual orientation as a fundamental right in Guyana’s constitution. Walter Rodney is an example of the scholar activist who made University knowledge relevant to daily life. Perhaps in that spirit, the decision by the students of the University of Guyana to engage with Members of Parliament and wider society can be claimed as a bold legacy of Guyanese pushing boundaries in engagement. The presentations by Keimo Benjamin and Joel Simpson to the Members of Parliament who attended the first forum were based on the legal principles learned at University, but regrettably, the National Assembly’s discussion on 24 July, 2003 showed a marked lack of any adherence to any normal democratic law making process to protect citizens.

The parliamentary debacle resulted in a slowing down in activism, since there was no focus. In 2005, students, ex-students and supporters reorganised, and decided on the bold project, the English-Speaking Caribbean’s first LGBT Film festival.  In an article in the Guyana Chronicle on 23 October, 2005, Ruel Johnson noted “From what I’ve seen of the current membership of the new SASOD, the intellectual calibre of the group’s membership – inclusive of the continued presence of [Joel] Simpson – has not been lowered. They are all above-average intelligent young professionals working with government, private sector, and the international donor community. “

The link between University knowledge and community activism was further exemplified by  Jermaine Grant. He participated in several Model UN and OAS General Assemblies as part of the University of Guyana International Affairs Association, and then represented SASOD at the OAS civil society forum and General Assembly in 2007 at Panama City, Panama. He  has also extended his advocacy knowledge and skills to other issues around youth empowerment and community development.

Some students preferred to contribute anonymously. Two students, a young man ‘D’, and a young woman collaborated online to create the SASOD logo, and to develop the first Internet resources – the email address, the Yahoo Group, and the first website.  This use of the Internet contributed to the visibility of the work and helped to virtually ground SASOD, which was operating without an office space for many years.

Any social justice movement needs the support of the media to further its cause. The newspapers in Guyana had been carrying content – from the early reports in the Guiana Graphic to the Helen Haynes advice columns.  The letters columns were used after January 2001 by both supporters and opponents of Gay rights. In 2003, the government owned radio station aired and broadcast the first public forum, which resulted in an article in the Guyana Chronicle with an opening sentence “A giant has been awakened’. A young TV talk show host on MTV65 owned by members of the PPP, invited the new activists to talk about the Constitutional amendments because at the time he felt that the ‘opposition’ voices were being given more space. That vibrant discussion among Mr Ramon Gaskin (who supported the constitutional amendment), Mr Juan Edghill (who opposed the Constitutional amendment) and Joel Simpson from SASOD must be one of the most memorable in Guyana around any human rights issues. Regrettably, the radio station and the Government owned TV station were not so consistent in terms of how they involved activists from that 2003 debate.  However, for the first time on 17 May, 2006, Petronella, who had been arrested and charged as Compton Bowen before her in 1968, spoke on the radio about her ordeal. What was poignant about that evening was the nature and possibility of acceptance in Guyana signified by the interaction between the security guard at NCN and Petronella. According to the Security Guard, Petronella’s skirt was too short and did not fit the dress code. A covering was found, and the Security Guard then allowed Petronella in with the longer ‘skirt’.

The media reporting is usually based on the decisions of individual journalists, many of whom decided to take their own risks to report on LGBT issues. The media in Guyana has been generally fair in its reporting of the activism, though there have been inconsistencies over the years. One newspaper for example, which had at least two editorials supporting LGBT rights, has from time to time not published any letters, or notices of events like the SASOD film festival.  The 2007 film festival had the broadest range of coverage in radio, television and print at the time.  This kind of response in Guyana is different from what, Jamaican activist, Larry Chang, experienced in Jamaica in the 1970s and 1980s when articles and advertisements were refused.  There is a tendency to sensationalise some reports, while at the other times there is balanced reporting.

The opposition to equality for Guyanese LGBT has been in the form of objections on religious grounds. However different sections of the religious community have had different positions on the issues of discrimination against LGBTI Guyanese.  The Roman Catholic church in Guyana issued a position in 2001 opposing discrimination in any form while stating their objection to gay marriage. Other writers such as Father Malcolm Rodrigues in 2001 and Rev Patricia Sheeratan in 2003 had also written to support the calls for discrimination to be outlawed. In June 2010, the Inter-Religious Organisation (IRO) through its spokesperson Mr Juan Edghill condemned the SASOD Film Festival. This condemnation resulted in some important statements. First, the co-chairperson of the IRO at the time, Swami Aksharananda wrote a response in which he distanced himself from the IRO position and called for reason and respect for life. He was later joined by Pandits Rajin Balgobin and Deodat Tillack who also shared similar views in an article in the Hinduism Today magazine of April, May, June 2011 Issue that reflected on the diverse views of Hindus.  In Trinidad & Tobago, Pandita Indranie Rampersaud also showed support for LGBT equality even as some other Hindu leaders expressed different opinions. Other condemnations of the IRO position came from Red Thread member Wintress Whyte and businessman Clinton Urling (currently President of the Georgetown Chamber of Commerce and Industry).  Many activists and supporters felt that the IRO and Mr Edghill deserved a public response, especially at the abuse of public resources. However a senior Caribbean civil servant who lived in Guyana at the time asked us to change the tone of the conversation, since Guyana already had enough quarrels, and urged us to reflect on the Civil Paths to Peace Initiative to promote respect and understanding which had been recently launched by the Commonwealth Foundation.  And so it was that co-chairpersons Namela Baynes-Rowe and Joel Simpson responded a few days later.. noting “.. In a society which is marred by conflict and the abuses of power, it is not easy to try alternative ways of engagement which are not meant to destroy or humiliate. But, try we must and in the spirit of the Film Festival’s mission to promote discussion and education about the diversity of sexual orientations and gender identities in this country, we therefore make ourselves available to dialogue with the IRO and with any other interested parties about their concerns…”

The question of God came up again at the launch of the SASOD Documentary, My Wardrobe, My Right in June 2011. The panelists including the producer, Neil Marks a journalist were asked where God was in all of this.  In his response he noted that while he produced the documentary with direction from SASOD, he was a Christian and had his own moral values and beliefs. Some persons were outraged at what they saw as a kind of betrayal of the spirit of the documentary and the film festival. Others looked at the exchange as a positive reflection of the activism. Instead of drawing battle lines, the activism in Guyana had seemed to generated the a space where a Christian could find a way of engaging with the issue without feeling threatened and without threatening others. Justice Albie Sachs in the South African Constitutional Court hearing had stated “The development of an active rather than a purely formal sense of enjoying a common citizenship depends on recognising and accepting people as they are.”  The common citizenship which Neil Marks and the security guard at NCN and many other Guyanese engaged in show the possibility of a place in which LGBTI are not discriminated against even though some think ‘it is a sin’. The challenge is agreeing on the causes and nature of that discrimination.

For the original report go to http://www.stabroeknews.com/2013/features/06/24/from-madness-to-mainstream-gay-rights-in-guyana-part-i/