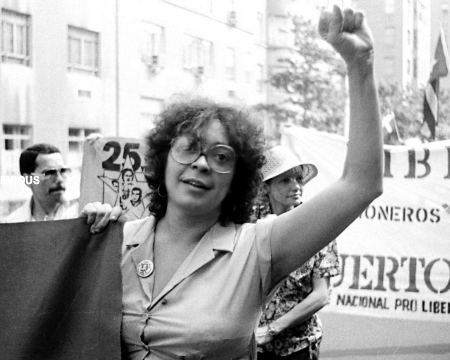 This article on photography by DAVID GONZALEZ appeared in The New York Times. It features the work of photographer Bolívar Arellano. Follow the link below for a slide show of his work for El Diario–La Prensa

This is Puerto Rican Week in New York City, when flags cover cars, banners and bodies, accompanied by a two-three beat that sends spirits soaring. But in one newsroom, every week is Puerto Rican Week — and Colombian, Cuban, Dominican, Ecuadorean, Mexican and Salvadoran Week, too.

El Diario-La Prensa — the city’s storied Spanish-language newspaper, which is celebrating its centennial this year — has seen the city’s Latino population change from a predominantly Puerto Rican enclave to a broad representation of Latin America. Not content to stay on the sidelines, it, like other ethnic news publications, has been an advocate, proudly calling itself “el campeón de los Hispanos,” or “the champion of the Hispanics.”

For some, like my cousin Charlie, it was the breakfast of champions. He would visit Mami with a copy of El Diario folded under his arm. Mami would brew café con leche and set it on the plastic-covered dining room table, and together they would read the paper. The ritual was set — read a story, dip a slice of Gouda into the coffee, savor the gooey cheese, talk. Lamenting the sad state of the world, or rejoicing at some Puerto Rican kid’s triumph, was optional. 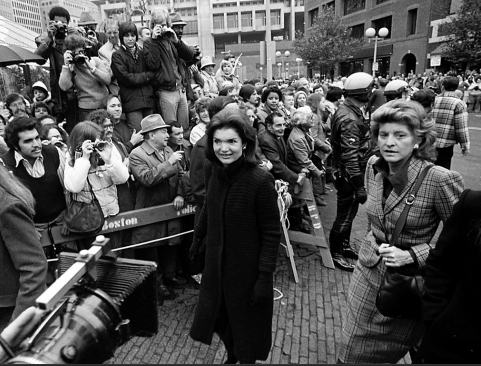 Now a lot more people will be able to savor part of that experience, sans coffee and gooey Gouda, as Columbia University recently acquired 5,000 images spanning 40 years of El Diario’s photographic coverage. The collection, part of Columbia’s Latino Arts and Activism Archive, is a rich documentation of another world — albeit one that has existed in plain sight of New Yorkers.

“The narrative about our city is often stitched to yesteryear’s European migration, or today, to waves of hipsters, with a splash of color thrown in on occasion,” Erica Gonzalez, the paper’s executive editor, wrote in an e-mail. “In that context, Latinos have long been treated as an ‘other’ at best, or as a nuisance or invisible at worst. What you see in the photos, in the archives, is how Latinos have been part of the fabric of this city for a long time, not beginning when marketers ‘discovered’ us.”

Mr. Arellano, now 68, arrived in New York in 1971 from his native Ecuador after receiving one threat too many from the military for digging into things it wanted to keep buried.

A friend who worked for The Associated Press in Ecuador gave him a letter of introduction to the wire service, which sent him out with English-speaking photographers to learn the ropes. That experience served him well when he arrived at El Diario and realized that the chief of photography did not have a police scanner and that the other photographers waited for assignments.

He bought a scanner.

But he was guided by more than just what crackled over the airwaves. Knowing that the English-language press often looked only at crime and poverty in the Latino community, he looked for images that challenged those stereotypes. And even in his coverage of straight news, like campaign stops or civic events, he had his own focus. “During the mayor’s swearing-in, I would look for the Latinos,” Mr. Arellano said. “My primary objective was to always push Latinos ahead.”

Politicians, in turn, reached out to him when they had something big. In 1977, Representative Herman Badillo told him that he and other Hispanic lawmakers were going to meet with President Jimmy Carter the next day. Mr. Arellano got on the guest list.

“The minute I got into the White House, I was nervous,” he said. “On the outside, I looked calm, but I was nervous inside. When are they going to ask me for my passport or green card? If they had, they would have learned I had an expired visa.”

He got his picture (Slide 5) and dashed.

“I almost ran out of there,” he said. “I went to the airport, since there was no way to transmit, got to New York at five, developed the picture, and it came out on the front page. I don’t know if Badillo ever learned I didn’t have my visa.”

One of El Diario’s owners, after learning of Mr. Arellano’s predicament, helped him straighten out his immigration status, and he has been a citizen since 1986. The intervening decade proved busy for him: he went overseas to cover the civil wars in Central America as increasing numbers of immigrants headed north.

On the cultural front, he covered singers and artists who were famous in Latin America but mostly unknown to English-speaking audiences. He got in early on the phenomenon that was the boy band Menudo. In fact, he grew close enough to the band, whose members at one time included Ricky Martin, that he opened Menuditis, a store devoted to all things Menudo (Slide 17).

The Columbia archive has some of those images, and a lot more. Frances Negrón-Muntaner, the archive’s curator and the director of the university’s Center for the Study of Race and Ethnicity, said the recently acquired collection was vastly different from anything found in an English-language newspaper. As the images are sorted, scanned and put online, she hopes other departments will build courses around them.

“When people engage with this archive, they will get a different sense of what life was like in New York,” Dr. Negrón-Muntaner said. “This collection offers a broader window into the community and the day-to-day impact on schools, politics, culture and the links of those communities to their home countries. It’s pretty significant.”

For the original report go to http://lens.blogs.nytimes.com/2013/06/04/a-photographic-champion-of-latinos/

2 thoughts on “A Photographic Champion of Latinos”