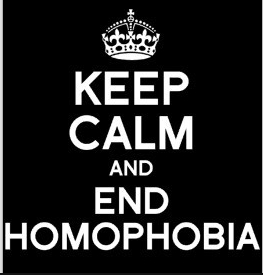 The majority of people in T&T are either tolerant or accepting of homosexuals rather than homophobic. Also, lesbian/bisexual/gay/transgender (LBGT) issues are not as politically dangerous as politicians think, as Yvonne Baboolal reports in this article for Trinidad’s Guardian.

These were the results of a survey, funded by the British High Commission and conducted by the Barbados-based Caribbean Development Research Services Inc (CADRES), of attitudes toward homosexuals in T&T. The results were announced at a press conference at the All Saints Anglican Church, Port-of-Spain, yesterday by CADRES director Peter Wickham.

The information, well received by the local LBGT community, came on the eve of the celebration of International Day Against Homophobia and Transphobia today. The day also coincides with the 23rd anniversary of the World Health Organisation’s removal of homosexuality from its list of diseases and mental illnesses. A CADRES press summary said the survey demonstrated 36 per cent of the population could genuinely be described as homophobic and eight per cent were unsure about the issue. “Conversely, this means 56 per cent of Trinbagonians are either tolerant or accepting of homosexuals. The acceptance of homosexuality is greater than the rejection. The survey basically says T&T is not a homophobic country.” Wickham said the acceptance of homosexuality could be because there were a lot of people in T&T with gay friends.

Lynette Seebaran-Suite of the group Aspire, which advocates for sexual and reproductive rights, was at the conference in solidarity with the LBGT community. Wickham said a random selection of 1,080 men and women all over T&T from the age groups 18-30, 31-65 and 65 years and over were interviewed but a full report explaining the methodology and limitations of the survey was unavailable to the media. He said more women than men were interviewed because there were more women in T&T than men and noted that women and younger people were more comfortable with homosexuals. The latest Central Statistical Office census states there are more men than women in T&T. Colin Robinson, of Coalition Advocating for Inclusion of Sexual Orientation (CAISO), said the survey confirmed a suspicion his group had that T&T was not as homophobic as was believed.

Wickham said the survey found that despite the largely positive stance of the majority of citizens, a lot of misunderstanding about homosexuality still existed. The misunderstanding was the general belief that homosexuality was a choice. The CADRES survey also showed if there were legislative change about homosexuals it would not affect voters and would have no significant negative impact for a political party. Matt Nottingham, political officer at the British High Commission, who attended the conference, said the commission had funded similar studies in Guyana and Barbados because the LBGT issue was of very high priority to the British Government. “The issue of equality and basic human rights is being recognised by the British Government,” he said. Jeanne Roach-Baptiste, assistant lecturer at the Institute for Gender and Development Studies at UWI, said even if the study showed 56 per cent of people in T&T were tolerant or accepting of homosexuals, the remaining percentage against it and unsure was still high. She also noted there was a big difference between the words “tolerant” and “accepting.

For the original report go to http://www.guardian.co.tt/news/2013-05-16/gays-tolerated-tt-says-survey