This article by Tamika Frye appeared in stupiddope.com. Follow the link below for a gallery of images.

Murals pop up all over the place. Artists come from near and far to put their name on and artwork on display. British artist D*Face and his team put his mark on Puerto Rico this week. While he is in town for Santurce es Ley 4, he decided to bless a wall on Calle Aurora San Juan, 00907. The mural is a colorful, Lichtenstein-like stencil of a woman’s face. The blonde haired subject is wearing glasses with an odd visual in the reflection. He calls the mural ‘Reflection Eternal’ and it can clearly be seen from all points high in Puerto Rico. Cool Visual!

D*Face is known for popping up and places unconventional so let’s see where he pops up next. Follow him on Twitter, @DFAceOfficial, to keep up. Check the mural pics in the gallery after the jump and let us know what you think. 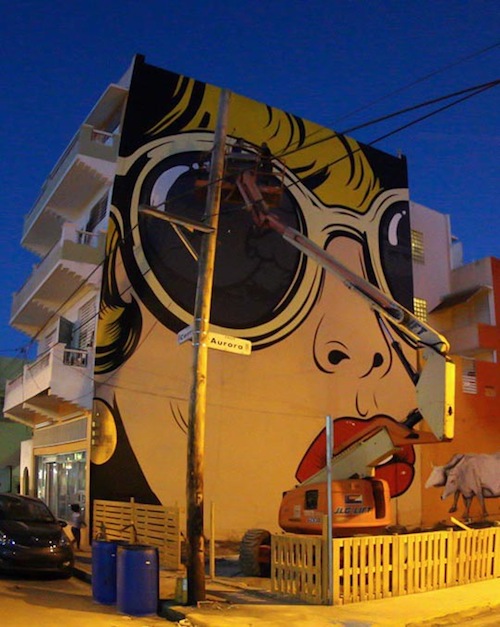 For the original report go to http://stupiddope.com/2013/03/31/murales-creativos-new-dface-mural-in-puerto-rico/