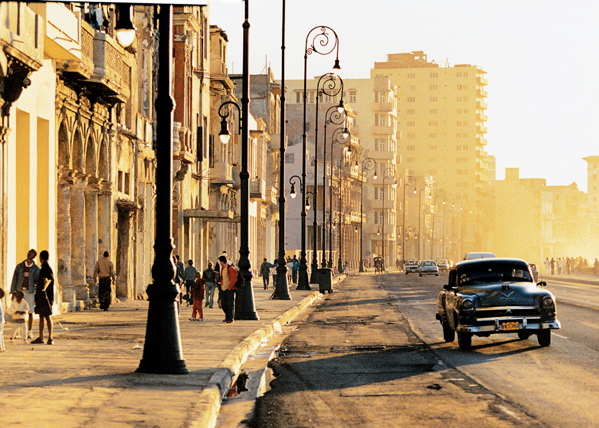 This list of recommended fiction about Cuba was compiled by Donna Seaman for Booklist.

Relations between Cuba and the U.S. have been hostile, corrupt, romanticized, and paralyzed, while the Cuban American population has grown in size and influence. This complex entanglement, along with Cuba’s rich culture and resiliency, has made the island a magnet for fiction writers. The novels below offer incisive, imaginative, and powerful interpretations of Cuba’s history and spirit.

Wolfe takes readers to Miami in this big, searing novel, telling the stories of two ambitious Cuban Americans—Nestor, a sweet-natured cop, and Magdalena, a lovely nurse—who face the molten inequities, prejudices, and hypocrisies of a decadent world.

Hijuelos returns to his 1990 Pulitzer Prize winner, The Mambo Kings Play Songs of Love, and tells the multifaceted story, set both in Havana and Miami, of the beautiful Cuban dancer who inspired the Mambo Kings hit bolero, “Beautiful Maria of My Soul.”

Kennedy portrays an impulsive journalist who meets Hemingway in a Havana bar in 1957, marries a gorgeous revolutionary in a Santeria ceremony invoking Changó, the god of thunder, and returns to his hometown, Albany, New York, where another bloody quest for justice and equality ignites.

Critically acclaimed, Cuban-born Montero creates an atmospheric tale of her homeland before the Revolution involving the adventures of a young journalist, the Mafia, Havana in its star-studded heyday, and the impending conflagration that brings Castro to power.

All of Menendez’s books are eligible for this list, from In Cuba I Was a German Shepherd (2001) to Adios, Happy Homeland (2011), but this novel is the closest match, given its story about a how woman’s search in Cuba for her lost mother sheds light on an intense romance between an artist and the now-iconic rebel warrior Che Guevara.

García’s (The Lady Matador’s Hotel, 2010) tremendous empathy for her characters is the magnetic force of her fiction, and her lifeblood theme is the scarring legacy of oppression and brutality, particularly the horrors and absurdities of the Castro regime. In her most honed and lashing novel to date, she goes directly to the source, writing from the perspective of a fictionalized, aging, but not mellowing despot of Cuba.

In this beautifully wrought portrait of a humble, destitute, yet still idealistic Cuban man who remains loyal to his country while his desperate neighbors flee to the U.S. on anything that will float, Obejas illuminates hidden dimensions of Cuban history and the tragedies and strength of a nation caught in the curse of a failed collective dream.

Kushner drew on her mother’s letters and journals recounting her life in 1950s Cuba to write this gripping tale of predatory American corporations controlling the island’s main exports and creating a falsely idyllic enclave for wealthy Americans dangerously oblivious to the gathering storm.

For the original report go to http://www.booklistonline.com/ProductInfo.aspx?pid=6022059&AspxAutoDetectCookieSupport=1