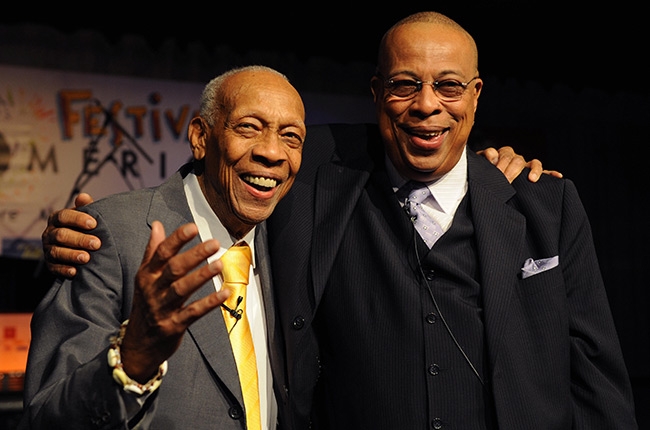 Tributes continue for Bebo Valdés, who passed away at the age of 94. Here is a joint statement from The Recording Academy and The Latin Recording Academy in the United States followed by an obituary by Matt Schudel for The Washington Post.

“Three-time GRAMMY and six-time Latin GRAMMY winner Bebo Valdés was a renowned pianist, composer, bandleader, and musical director who made major contributions to two of the most recognized movements in Cuban music: Big Band and Latin Jazz. Beginning his career in Havana in the ’40s, his orchestra, Sabor de Cuba, became a mainstay at the internationally known Tropicana nightclub,” said Neil Portnow, President/CEO of The Recording Academy.

“During this time he would become a giant of mambo, creating his own rhythmic style known as batanga. In the late ’50s, his love of jazz would become his second trademark, working with the legendary Nat King Cole on his album Cole Español.

He defected from Cuba in 1960 to pursue his musical career, and made Sweden his official home. He relaunched his career in the ’90s with his first release in more than 30 years, Bebo Rides Again, and 10 years later he collaborated with Spanish singer-songwriter Diego El Cigala on Lagrimas Negras, earning him his first Latin GRAMMY in 2004 for Best Traditional Tropical Album.

In 2009, he and his son, pianist Chucho Valdés, released Juntos Para Siempre, which won a GRAMMY and Latin GRAMMY Award. A true native son of Cuba, his legacy and contributions to its musical heritage will forever be remembered. Our deepest condolences go out to his family, friends, colleagues, and to the fans of this incomparable musician’s indelible achievements.”

Bebo Valdes, one of the most important figures from Cuba’s golden age of music in the 1940s and 1950s who later won nine Grammy Awards after his career was revived in the 1990s, died March 22 in Stockholm. He was 94.

Nat Chediak, an author and music producer who worked extensively with Mr. Valdes, told the Miami Herald that Mr. Valdes had pneumonia and Alzheimer’s disease.

“Even though I’m Cuban, I’m really an American arranger,” Mr. Valdes told the New York Times in 2006. “Because the way I write has as much to do with American music as it does with Cuban music. And at the same time it has to do with the fugue.”

As a pianist, composer, arranger and bandleader, Mr. Valdes helped create a vibrant, melodic style of music that helped define the spirit and pulse of Cuban nightlife. His music remains hauntingly popular decades later and was featured in 2000 in “Calle 54,” a documentary about Cuban musicians by Spanish filmmaker Fernando Trueba.

Beginning in 1948, Mr. Valdes was the bandleader at Havana’s fabled Tropicana nightclub, which featured gambling, extravagantly costumed showgirls and lavish floor shows that sometimes included live elephants and lions. Palm trees grew under the Tropicana’s roof, and it was sometimes called the most beautiful nightclub in the world.

And, of course, there was nonstop music.

“Tropicana was heaven,” society columnist Aileen Mehle told Vanity Fair magazine in 2011. “Everything was yayaya: smoking and drinking champagne and laughing, having fun. And all those fabulous dances and songs. It was the acme every night, the height of glamour.”

The Tropicana was frequented by Hollywood stars, gangsters and leading entertainers, including Nat “King” Cole. In 1958, Mr. Valdes taught Cole to sing in Spanish and arranged the music for his “Cole Espanol” album.

After Fidel Castro and his followers overthrew the regime of Fulgencio Batista in 1959, the music and the free-wheeling world of the Tropicana and Havana’s other nightspots came to an abrupt stop. Mr. Valdes left Cuba in 1960, never to return.

Mr. Valdes lived in Mexico and Spain before marrying a Swedish woman, Rose Marie Persson, and settling in Stockholm in 1963.

He played piano in hotel lounges for decades as he raised a second family and had retired by the time Cuban musician Paquito D’Rivera found him in the 1990s. D’Rivera coaxed Mr. Valdes out of retirement by asking him to arrange some music, then recorded an album with him, “Bebo Rides Again,” in 1994.

Mr. Valdes made his U.S. debut in Miami in 1996, when he was 78, then had a remarkable late-career resurgence that lasted more than decade. He sold out New York’s Village Vanguard nightclub for a week, performed at the Kennedy Center and toured the world. He wrote an eight-part composition, “Suite Cubana,” that he performed at New York’s Lincoln Center.

“His playing is a model of economy and grace, his writing is elegant and precise, his rhythms robust,” Miami Herald critic Fernando Gonzalez wrote in 1996. “And as bandleader he elicits inspired, soulful playing.”

Trueba, who directed the “Calle 54” documentary, occasionally featured Mr. Valdes in other films. In 2012, Trueba was one of the directors of “Chico & Rita,” a full-length animated film loosely based on Mr. Valdes’s life in Cuba. “Chico & Rita” received an Academy Award nomination for best animated feature.

An ailing Mr. Valdes composed and played music for the film, which turned out to be his farewell performance.

“It’s not Bebo’s biography, it’s not his life,” Trueba told NPR’s Terry Gross last year, “but he was the main inspiration of that ambience, that period . . . so Bebo is for me, he’s everywhere in the movie.”

Dionisio Ramon Emilio Valdes Amaro was born Oct. 9, 1918, in Quivican, Cuba. His parents noticed that he sang along with the radio from an early age and encouraged his interest in music.

He graduated from a conservatory in Havana, where he studied classical piano and was immersed in Cuba’s long musical history. He worked in the 1930s and ’40s with composer Ernesto Lecuona, who was sometimes called the Cuban George Gershwin, and often appeared on Cuban radio programs. But he was always fascinated by American jazz.

“They said I was one of the pioneers of bebop in Cuba,” Mrs. Valdes told the Miami Herald in 1996. “The truth is, I was a jazz musician from a very young age. I first started playing like the first jazz pianist I heard, a guy who was popular when I was kid: Eddy Duchin. Then came Fats Waller, then someone who has been my idol all my life, Art Tatum. And after he died, the one who filled the void was Bill Evans.”

Mr. Valdes wrote arrangements for big bands and led an orchestra with as many as 40 musicians. In 1952, he led the first recorded Cuban jam sessions, or descargas, for U.S. record producer Norman Granz. He pioneered an Afro-Cuban style of music called ritmo batanga that featured a rhythm played on a two-headed drum.

But after Castro seized power in 1959, Mr. Valdes’s style of American-influenced music was seen as outmoded or, even worse, as counter-revolutionary. In 1960, he organized a sham tour of Mexico — no concerts were actually scheduled — and fled the country with several other musicians. He left his family behind.

Forbidden to take money out of Cuba, he took recordings of his music with him as his only form of currency.

He would not see his son, Chucho Valdes, who later helped found the celebrated Cuban group Irakere with D’Rivera and trumpeter Arturo Sandoval, until 1977. One of the most poignant moments of “Calle 54” was when Mr. Valdes played Lecuona’s “La Comparsa” with his son.

Mr. Valdes had five children with his first wife, Pilar Valdes, and two with his second wife. Rose Marie Persson Valdes died in 2012.

He had a second home in Spain and often visited the United States, but Mr. Valdes vowed that he would never return to Cuba until it was a free and democratic country.

Yet, for all the years he stayed away, the rhythms of Cuba never left his fingers or his heart.

“I love Cuban music,” he said in 2006. “This is always going to be inside of me. If you love a thing, you die loving that thing — that doesn’t change.”

One thought on “Tributes to Bebo Valdés, Cuban pianist and composer, dead at 94”