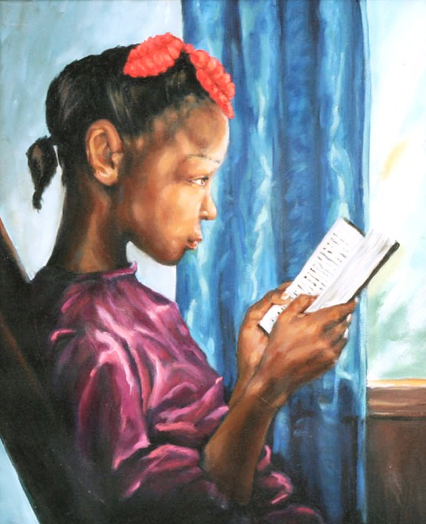 Thirty years ago, when Lasana M. Sekou started House of Nehesi Publishers (HNP), he was the only author the new publishing outfit had or could count on. Three decades later, HNP has established itself as a leading multi-media publishing house in the Caribbean with over 75 titles, including books by world renowned authors George Lamming, Kamau Brathwaite, and Amiri Baraka, to name just a few.

However, its emphasis continues to be in developing St. Martin authors in consonance with its stated mission of a “critical development of the ‘national literature’ of St. Martin, North and South, as a natural part of the dynamic, world-class literatures of the Caribbean.”

Although the book publishing division was established in New York in 1982, when Sekou was an undergraduate at Stony Brook University – literally in his dorm room – the idea of founding a publishing house was consolidated and the coining of the name “House of Nehesi” was settled on in 1980, with the completion of his second manuscript, For The Mighty Gods … An Offering. HNP was registered as a Foundation in Philipsburg, St. Martin, in 1986.

HNP’s primary activity is the publishing of books for the adult/general readership and for the research/academic, scholastic, and children “markets” in areas that include literature, education, history, biography, tourism, and entertainment but that are not exclusive to these.

The island’s only book publishing house, HNP has in the last 15 years embarked on a policy of simultaneously bringing out multi-lingual editions. It has published Lamming’s groundbreaking essay Coming Coming Home in English, French, and Spanish. Other trilingual titles followed: Eva-Sion-s by Sherezada Luisa “Chiqui” Vicioso, an outstanding author and ambassador of the Dominican Republic; the seminal long poem Nativity by Sekou; and the English, Arabic, and Hebrew edition of Book of Sins by the Palestinian/Israeli Nidaa Khoury, considered “one of the major exponents of modernist Arab women writing.”

These multi-lingual publications have become policy at HNP, the idea being that offering the work in the main languages of the Caribbean – with a determination to extend these to “nation languages” such as Kwéyòl, Haitian, and Papiamentu – would extend its domain of mediation and make it accessible immediately to a wider readership.

In other words, rather than wait – sometimes “eternally” – for a translated version of a book, the reader in the main linguistic zones of the region would have this in the same original tome. This cuts down the waiting time and makes comparisons possible of the original text with its translated versions. In an anniversary year message to Sekou last December, Chiqui Vicioso expresses what it might mean to the writer to be published in this manner: “You do not imagine how fortunate I have been to have been published by you. It is an invaluable literary reference.”

This HNP policy is in accordance with the idea of bridging the linguistic gulf between the various countries and territories of the Caribbean. In this sense, it responds to an eminently Pan-Caribbean philosophy, aided by the linguistic plurality of St. Martin where English, Dutch and French are official languages, the first two in the Southern half of the island, still a Dutch territory and the last in the Northern portion, a territory of France. However, unofficially, Spanish is the second most spoken language on the island, after English, which Sekou has called the “nation tongue” of St. Martin.

While the institutions have not yet been established to tap into the “linguistic versatility” of the average St. Martiner – a term coined by linguist Dr. Rhoda Arrindell, HNP has already begun to systematically make use of this resource in a pioneering way that could become the norm in the Caribbean, if the necessary structures are put in place.

“The experience of House of Nehesi Publishers and its impact on the development of literature and reading on St. Martin is illustrative of why it is necessary to have our own publishing houses in the Caribbean,” is a point I made in Salted Tongues: Modern Literature in St. Martin.

As a not-for-profit foundation, HNP, in the best of that Caribbean spirit of survival, has been able to navigate through the suspicion and even distrust of officialdom to survive largely on its own creativity as St. Martin’s leading book publishing house.

In relation to its work with authors, books, and seminars in St. Martin and other parts of the Caribbean and beyond, the great Brathwaite, in an anniversary tribute poem, calls HNP a “Guard-wall & guard-well” that is fostering “scimitars/of truth & light From islands to islands & the meaning/of mainland(s).”

Whether it is illustrated creatively or as hard news, HNP has actually become much more than a traditional book publishing outfit whose books have become compulsory and supplementary reading in schools and universities around the region, the USA, Canada, and the UK.

HNP, with its various multi-media divisions – a recording label, a film/video production unit, editing services and a communication consultancy arm, has become an engine of cultural development and transformation in St. Martin. Thriving on the synergy between its various divisions, HNP’s emphasis on quality products has set it aside as a giant in its field, notwithstanding its very limited resources and not-for-profit status.

Among its “compounding” activities are sponsoring and judging of children’s poetry, essay, and photo contests; coordinating educational/historical fora such as the Marcus Garvey Centennial forum/awards ceremony with the Philipsburg Jubilee Library and Idile Foundation, the 1994 workshop/lecture by George Lamming, and the 1994 constitutional pre-Referendum forum. HNP was involved with co-directing the “Traditions” theater festivals in the 1980s with St. Maarten Council on the Arts, and in directing and co-sponsoring manifestations for the Youth Explorers (teenage drama group).

Other activities that HNP has engaged in include co-sponsoring the school vacation motivational workshops, “In Session with the Youth” (2001); and the annual St. Martin Book Fair with Conscious Lyrics Foundation for the last ten years. In 2003, HNP organized a Creative Writing Program, which produced a collection of short stories and poetry written by the participants and edited by Rhoda Arrindell.

Similarly, HNP spearheaded the first traditional Boardwalk Mas, which it organized on behalf of the St. Maarten Tourist Bureau in 2005. HNP published its first eBook in 2012, and plans to bring a few more online during the 30th anniversary production period that will stretch to August 2013. HNP also plans to publish an anthology of some 20 of St. Martin’s mostly new generation poets in 2013.

The Fête recording by Tanny & The Boys, National Symbols of St. Martin, St. Martin Massive!, and Yvette’s cookbook, already in its third printing since being launched at the 2011 book fair, are all HNP publications that have become iconic of St. Martin culture. The hurricane book is still in production. The scripting, additional interviews, editing, and DVD design and production of the Ponum dance documentary film is still on hold – mostly for lack of funds. In 1997, the highly successful fundraising under the auspices of then Lt. Gov. Dennis Richardson and first lady Mariolijn Richardson paid for the Ponum choreography that HNP commissioned to Clara Reyes, provided the honorarium for the dance experts, and afforded the cost to stage and film the choreography and various footage.

In 2011, HNP opened the “Petition to Protect the Great Salt Pond” and plans to present over 1,200 collected signatures to Parliament in 2013. In fact, there is no area of cultural expression that HNP has not been involved in, including art exhibitions, socio-educational forums, reading/writing stimulation programs, “book parties” and other promotional activities for books it has published.

Sekou refers to HNP as “a network organization.” When it comes to its publishing division alone, the company’s project-driven aspect kicks into gear at the start-up of each book project. Upwards to 15 people and companies are coordinated by Sekou, thus his title of projects director, a title that I still think is a bit too modest.

HNP president Jacqueline Sample often advises Sekou, “If someone brings you a paper clip during a production, say ‘Thank you’ and give them due credit.” There’s also a fondness and respect that Sekou expresses mostly in private for the authors, illustrators, graphic artists, editors, proofers, photographers, the book party “committee” and guests, book buyers and supporters, patrons of the arts, and printers, that he rarely gets an opportunity to speak about publicly. He truly feels that he has not yet found the best way or perhaps not enough ways to thank them for making HNP possible.

HNP has received awards in recognition of its contributions in numerous areas. These include a World Tourism Day Award (2001) from the St. Maarten Tourist Bureau, the UNESCO prize “For Mother Language” (2006), and the Cultural Organization of the Year ACT Award 2010 from Culture Time radio program.

The first 30 years of what Lamming has called elsewhere, “The audacity of the adventure of House of Nehesi Publishers,” can be described as “a journey of faith.” Faith in the abundant talent of St. Martin. Faith in the power of the written word as a transformative text within the context of nation building and Caribbean unity. Faith in the collaborative efforts of those who share a similar vision to overcome financial handicaps. Faith, in the end, in the genius of mankind to shape his destiny with the tools available to him.