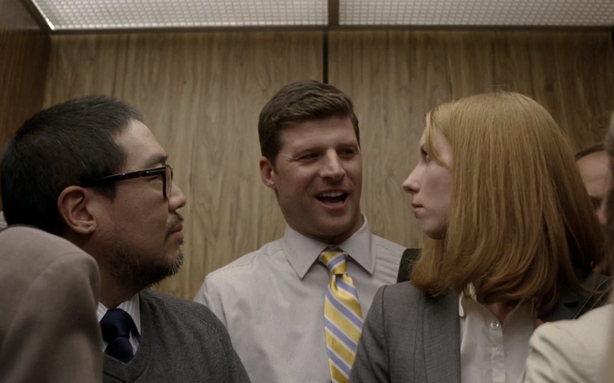 As Super Bowl ads start to trickle online in anticipation of Super Sunday, one spot is already facing a wave of criticism that could lead to its being pulled off the air during the big game, Esther Zuckerman of The Atlantic Wire reports. [Many thanks to Peter Jordens for sending all this material, which clearly involved thorough research.]

The ad comes from Volkswagen, a company that has made waves on Super Sunday for the past two years by way of adorable dogs and small Darth Vaders. This year, the German auto maker’s commercial features a man from Minnesota speaking in a Jamaican accent:

The controversy got its start on CNN yesterday when Jamaican-born Christopher John Farley of the Wall Street Journal said: “Although I love you featuring Jimmy Cliff in the ad, a terrific Jamaican performance, the Jamaican accent did sort of strike me as Jar Jar Binks-ish.” The New York Times‘s Charles Blow had a more intense reaction, saying the accent was “like blackface with voices.” The commercial was discussed this morning on the Today show and their “ad expert” Barbara Lippert, the editor-at-large of MediaPost.com, said “this is so racist.”

VW America Chief Marketing Officer Tim Mahoney has been defending the ad on CNN: “We did our homework to make sure we weren’t offensive so we did some research to make sure we didn’t go in a direction we didn’t want to go.” Additionally, Mahoney explained that they VW marketers talked to about 100 Jamaicans in the research phase and had a speech coach on hand. And there isn’t unanimous outrage: On CNN, Soledad O’Brien said she liked it, the Today show couch was divided on opinion, and people on Twitter have been standing up for the ad (you can see a sampling by clicking on the link below):

Of course, if the controversy becomes bigger than the ad itself, there’s always the possibility that the commercial might not run on Game Day. On Today Savannah Guthrie said, “we heard that the ad agency, I guess anticipating that there may be controversy, has a couple of other back options in case VW pulls the ad.” USA Today elaborated on the back-up ads in place.

For the original report go to http://www.theatlanticwire.com/entertainment/2013/01/volkswagen-super-bowl-ad-jamaican-accent/61535

You can watch a “Behind the Scenes” of the commercial teaser with a Jimmy Cliff interview here:

The online discussion about whether the commercial is culturally offensive:

Volkswagen’s Super Bowl ad: Is it funny or kind of offensive?

Volkswagen’s 2013 Super Bowl Ad Isn’t Racist, But It Might As Well Be

Is Volkswagen’s 2013 Super Bowl Ad the Most Racist Yet?

One thought on “Does Jamaican flavor of Volkswagen’s Super Bowl ad go too far?”