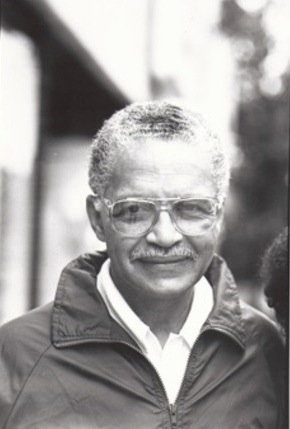 Jan Carew, a key Caribbean intellectual and former chair of Northwestern’s department of African American studies, died last month at the age of 92, the University announced Thursday, as Lauren Caruba reports in the campus newspaper.

Carew was involved early on in shaping NU’s African American studies curriculum. Arriving just a year after the establishment of the department, Carew became one of its first chairs.

During his time at NU, Carew taught both African American studies and Third World studies. Prior to assuming his position at NU, he lectured at Princeton University and the University of London.

An extensive traveler, Carew also lived in Prague and Paris. He also briefly acted with the Laurence Olivier Company in Holland. Watkins-Hayes said Carew, who was originally from British Guiana, now Guyana, helped bring an international perspective to African American studies at NU.

“Jan Carew was a visionary scholar, leader, and public intellectual. His intellectual brilliance, collaborative spirit, and commitment to diasporic and interdisciplinary scholarship that transcends boundaries have inspired a number of us in the field,” Watkins-Hayes said.

In addition to teaching, Carew was also a distinguished novelist, playwright, historian and social justice activist. He is most known for his 1958 novel “Black Midas,” which focuses on class struggle in post-colonial Guyana.

Carew’s other novels include “The Wild Coast,” “The Last Barbarian,” “Moscow is Not My Mecca” and “Save the Last Dance for Me,” among other publications. His 1994 memoir, “Ghosts in Our Blood,” features his conversations with Malcolm X, who he met in 1965.

History Prof. Darlene Hine said in a University news release that Carew’s work had important implications for the field of African American studies.

“He helped to extend our understanding of the African diaspora through his illuminating scholarship, teaching and service,” Hine said in the release. “I will always treasure his wisdom, draw inspiration from his lifelong commitment to social justice and relish his quiet dignity.”

A memorial service for Carew will take place Saturday, Jan. 12 at 11 a.m. in Alice Millar Chapel, followed by a reception at the John Evans Alumni Center.

For the original report go to http://dailynorthwestern.com/2013/01/10/campus/northwestern-african-american-studies-professor-noted-novelist-dies-at-92/