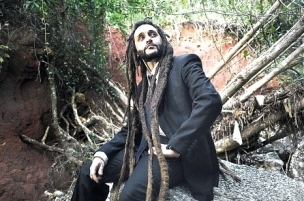 Kevin Jackson of the Jamaica Observer writes that, after a relatively quiet 2012, Alborosie is getting ready to release his sixth album in January. The artist explained why this new album has taken so long by stating, “I am very meticulous about sounds and arrangements so it is taking some time. As you know, Rome was never built in one day.”

Alborosie’s previous album, 2 Times Revolution, sold 3,498 copies in the United States, according to SoundScan, the company that monitors music sales in that country. The Italian artiste says he was on the road a lot this year and his fan base outside Jamaica has expanded. Though it has been some time since he had a hit here, Alborosie is not concerned about his lack of chart presence.

“I am all over the world, I am a musician and a revolutionary. Just for the record though, I do not promote my work in Jamaica as a ‘market’. Jamaica is my home. This is where I live and play,” he explained. “When I am home like anyone else, I like to relax and enjoy life and my hard work. So I will drive out of town, go fishing, wear my slippers and just enjoy life. That’s how I like it. Do I plan to change that? Not really.”

Born in Sicily as Alberto D’Ascola, Alborosie’s music career began with the Italian reggae band Reggae National Tickets in 1993. Back then he was known as Stena. He went solo in 2001 and moved to Jamaica where he started working as a studio engineer and producer. His Forward Recordings label produced songs by the likes of German singer Gentleman and Ky-Mani Marley.

In Jamaica, he has had a chart hit with “Jah Jah Blessings” (with Etana) as well as minor ones including “Call up Jah,” “Kingston Town,” and “Rastafari Anthem.”