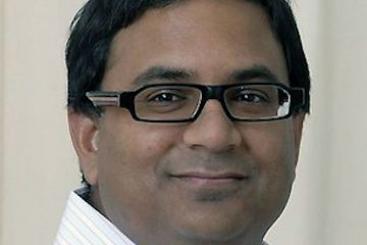 Professor Avinash Persaud [shown above], an international expert on the financial services sector and chairman of the London Business School, told the IPS that the financial sector “is really quite significant” in Caribbean economies. “They represent a major part of tax revenues. Over the past 10 years they have come under tremendous pressure by the larger economies” such as those of London, Zurich, and New York, which are under fiscal pressure themselves with little or no tax revenues and which now want to compete with Caribbean financial centres. They are trying to establish a set of global rules which they decide themselves and then impose on us,” said Persaud. “Then they judge whether we are fitting with those rules or not. Judge and jury. It is really ad hoc and it is really designed to close down the international financial centres coming from the Caribbean. It is certainly not a level playing field.”

Ivan Ogando Lora, the director general of CARIFORUM, which is comprised of the 15-member Caribbean Community (CARICOM) bloc and the Dominican Republic, said recent recommendations by the Financial Action Task Force (FATF) regarding international standards for combating money laundering and financing of terrorism, will also now pose new problems for the region.

[. . .] CARICOM countries have already developed a final draft of a Financial Services Agreement that if approved by mid-2013 would create a single financial space with common legislation, regulations, administrative procedures and practices and will also provide for cross border supervision and harmonisation of standards.

The United States, which has complained in the past of its wealthy citizens using the Caribbean to escape paying taxes, has itself introduced a range of changes to its financial regulatory environment that regional stakeholders fear could also undermine the financial services sector within CARIFORUM.