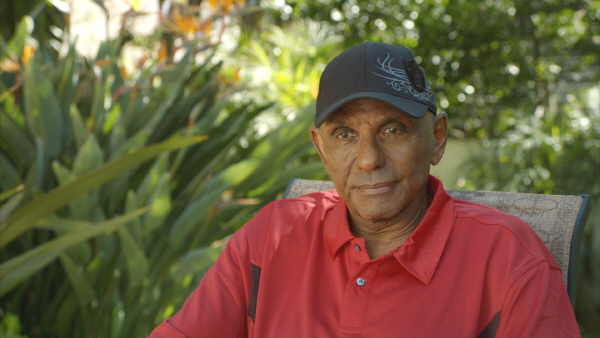 This obituary by ROB KENNER appeared in The New York Times.

Few people outside of the Caribbean knew who Bob Marley was when Danny Sims heard him perform in 1968. But Mr. Sims knew Marley was something special right away.

“What I heard,” he recalled years later, “was the next Bob Dylan.”

Mr. Sims, a music producer, publisher and promoter, promptly signed Marley to his first international publishing and recording contracts, setting him on the road to becoming the first reggae superstar.

Mr. Sims died of colon cancer on Oct. 3 in Los Angeles, his daughter, Anansa Sims-Patterson, said. He was 75.

His death was not widely reported at the time. “He was always a very private person,” said the filmmaker Rudy Langlais, who had recently been working on a documentary film about Mr. Sims.

Danny Drew Sims was born on Nov. 9, 1936, in Hattiesburg, Miss., and moved with his family to Memphis and later Chicago. After service in the Army, where he played football on a team that traveled throughout Europe, he moved to New York and opened a supper club, Sapphire’s, near Times Square, which he liked to claim was “the first black-owned club south of 110th Street.”

It was there that he met a teenage singer named Johnny Nash. Mr. Sims went on to become Mr. Nash’s manager, and the two of them founded a record label, JoDa, later renamed JAD, whose roster would include Gloria Gaynor, Betty Wright and Lloyd Price. (Mr. Nash had a No. 1 hit in 1972 with “I Can See Clearly Now.”)

In 1967 Mr. Sims and Mr. Nash traveled to Jamaica, where Mr. Nash recorded a number of hit records at Federal Studios. The next year Mr. Nash attended a Rastafarian ceremony and was impressed by a young singer named Bob Marley. After hearing Marley sing, Mr. Sims signed him to a publishing deal and also signed his vocal trio, the Wailers, to JAD Records.

“He is one of the people most responsible for Bob Marley’s success who has gotten the least amount of notice for it,” said the reggae historian Roger Steffens, who worked with Mr. Sims to compile “The Complete Bob Marley and the Wailers 1967-1972,” a 15-CD reissue series.

Mr. Sims hired Marley and his band mate Peter Tosh to write songs for Mr. Nash, but was unsuccessful in establishing them as performers in the United States. “Reggae was not accepted as a commercial form at the time,” said David Simmons, Mr. Sims’s longtime business partner. “The world wasn’t ready for it.”

In 1972, Mr. Sims sold Marley’s contract to Chris Blackwell of Island Records, who made him an international star. Mr. Sims retained an interest in Marley’s publishing, and near the end of his life worked as his manager.

In September 1980 Marley opened for the Commodores at Madison Square Garden, a booking Mr. Sims had helped arrange. The day after the concert, Marley collapsed while jogging in Central Park. Mr. Sims and another friend carried him to the hospital, where he was found to have terminal cancer. He died less than a year later.

Mr. Simmons said that had Marley lived, his stardom might have grown even bigger than it did. “There was a big record deal in discussion, with a $10 million advance,” he said, “but Bob couldn’t take it up because he was too ill.”

Although Marley respected Mr. Sims, their relationship was at times contentious. “I discouraged Bob from doing the revolutionary stuff,” Mr. Sims once told The Village Voice. “I’m a commercial guy. I want to sell songs to 13-year-old girls, not to guys throwing spears.” In 1987 Mr. Sims unsuccessfully sued the Marley estate for $6 million, claiming that Marley had tried to avoid paying him royalties by publishing songs pseudonymously.

Mr. Sims’s marriage to the model and actress Beverly Johnson ended in divorce. In addition to his daughter he is survived by his sons, Jelani and Stacey; his brother, Eddie; and a granddaughter.

For the original report go to http://www.nytimes.com/2012/10/31/arts/music/danny-sims-producer-of-bob-marley-dies-at-75.html