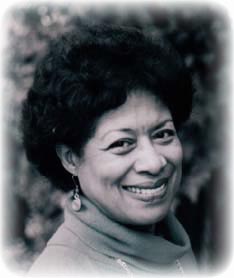 Today is Zee Edgell’s birthday. Zelma I. Edgell, better known as Zee Edgell, was born on October 21, 1940, in Belize City, Belize). Educated at Regent Street Polytechnic and the University of the West Indies, the Belizean novelist is well known for her short stories and novels such as Beka Lamb (my favorite), In Times Like These, and The Festival of San Joaquin.

In 1981, she was appointed as the Director of Women’s Bureau, and, from 1988 to 1989, Edgell became Director of the Women’s Affairs in Belize. She was the first Belizean novelist to win the 1982 Fawcett Society Book Prize and gain international recognition. Among other awards, Edgell also won the Canute Broadherst Prize for her short story “My Uncle Theophilus” in 1999.

All of Edgell’s works include, to a great extent, the political changes and themes taking place in Belize, from the partition of the former British Honduras in 1981, to the present. She gives her parents and close community credit for instilling in her such a strong sense of nationalism for Belize.