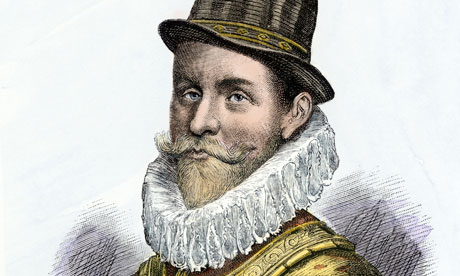 Black History Month should address the fact that many assume Africans in 16th- and 17th-century England were slaves, as Miranda Kaufmann writes in this article for London’s Guardian.

When I tell people I study Africans in Renaissance Britain, they often reply: “Oh, you mean slaves?” Despite the fact that Black History Month – currently being celebrated – is now in its 25th year, and that it’s more than 60 years since the Windrush brought the first postwar Caribbean migrants, it’s clear that many wrong assumptions about the black presence in Britain are still made.

It seems the emphasis on the horrors of slavery, including the commemoration of the Abolition of the Slave Trade Act’s bicentenary in 2007, can leave many, especially the young, with a very bleak image of black history. The assumption that Africans in 16th- and 17th-century England must have been slaves is not only wrong, but dangerous.

Of course, slavery dominates the history of Africans in the Caribbean, from where the Windrush generation arrived. John Hawkins, now infamous as the first English slave trader, made four slaving voyages to the Spanish Caribbean between 1562 and 1569. But the English had one rule at home and another abroad. They had few qualms in trading in slaves in the Atlantic world when it suited them, but maintained that all men in England were free. In the same year as Hawkins’ final voyage, an English court resolved that England had “too pure an air for slaves to breathe in”.

And it really was true that Africans in England were free. Diogo, an African who had been taken to England by an English pirate in 1614, later reported to the Portuguese Inquisition that when he laid foot on English soil, “he immediately became free, because in that reign nobody is a slave.” It was not legally possible to be a slave in Tudor and Stuart Britain and the hundreds of black people present in these isles during those centuries were not treated as slaves either. Africans such as Jacques Francis and Edward Swarthye were allowed to testify in court – a privilege denied to slaves in ancient Rome and the American south, as well as to English villeins.

Some were financially independent and owned goods, such as Reasonable Blackman, a silkweaver in 1590s Southwark, and Cattelena, who owned a cow – a valuable asset in 1625. “James the Blackamoor” earned wages of £4 a year – on top of board, clothes and lodging – as cook to the Earl of Bath in Tawstock, Devon, in the 1640s.

Africans were far more integrated into the English community than we might expect. Black people were baptised, married and buried in English churches. They developed long-standing, intimate relationships with English people. In October 1616, George, a “blackamoor”, married Marie Smith in Kent. Gylman Ivye, described as a “negro” or “Ethiop”, had two children named Elizabeth and Richard with Anna Spencer of Dyrham, Gloucestershire in 1578 and 1581. They were the first of over 30 children of mixed parentage to be found in parish registers before the outbreak of the English civil war in 1642.

The lives of the free black men and women living in this country 500 years ago tell a far more positive story than is usually told. Their contribution to British history was not merely as victims of white slave-traders. If we are to counter modern-day prejudice and inequality it’s important that this contribution is understood and respected by all British people, both black and white. We must not allow the spectre of the transatlantic slave trade to warp our view of black British history.

For the original report go to http://www.guardian.co.uk/commentisfree/2012/oct/17/slavery-black-history-month?newsfeed=true