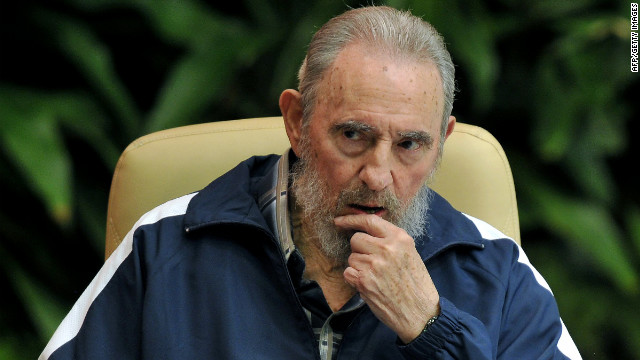 Cuban state media released a message from Fidel Castro, the first communique said to be from the ex-leader since speculation over his health reached a fever pitch last week, Patrick Oppmann reports for CNN.

There were no new images of Castro, 86, released Wednesday.

He has not been seen since publicly since March when he met with Pope Benedict XVI during the pontiff’s visit to Cuba.

Castro’s usually frequent newspaper columns and musings suddenly ended in June. But his silence after the re-election of close ally Venezuelan President Hugo Chavez in October prompted many of his opponents to wonder whether Castro was again ailing or perhaps dead.

“The comandante is well, following his daily routine, reading, exercising,” Alex Castro, one of Castro’s sons, told Cuban state media after the reports of his ill health.

Still, a barrage of postings on Twitter and other social media had Castro at death’s door.

In the message on Wednesday, Castro reportedly congratulated doctors graduating from a Cuban medical institute on the 50th anniversary of the institute’s founding.

The message mentioned the 50th anniversary this week of the Cuban missile crisis and the exodus of physicians from Cuba after the 1959 revolution.

On Tuesday, the Cuban government announced the lifting of some restrictions for Cubans traveling abroad.

For the original report go to http://edition.cnn.com/2012/10/17/world/americas/cuba-castro-message/index.html?hpt=hp_t3

One thought on “Amid much speculation, Cuba state media releases message from Fidel Castro”