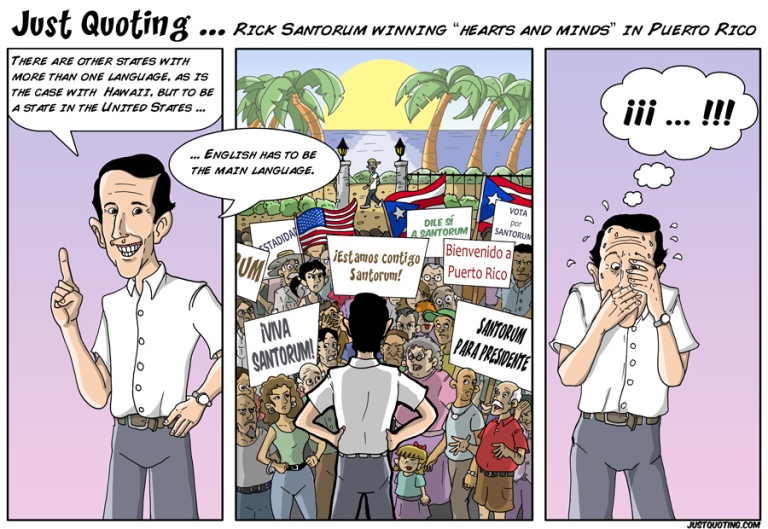 There is a reason why both presidential candidates have spent a lot of time  – and money – courting the over 2 million Latino voters in the Sunshine state.  While Florida’s Cuban-American community has been a formidable voting block for decades, both parties are focusing on the rapidly growing Puerto Rican vote—as Sandra Lilley reports in this article for NBC Latino.

The “borícua” voting population in the Orlando/central Florida area is now over a third of a million, and statewide there are around 900,000 Puerto Ricans now residing in Florida.  And in this election, the parties want every vote – the latest Latino Decisions voting map puts Florida at a statistical dead heat.  The share of Latino voters is now up to almost 17 percent of the state’s electorate, having grown 66 percent in the last decade.

So U.S. politicians – as well as island politicians –  are making Florida a recurring stop in the weeks leading to election day, trying to convince Florida’s growing number of Latinos to register – and to vote.

“Florida has become the epicenter of the presidential earthquake,” said Roberto Prats, the president of the Democratic Party in Puerto Rico, who spoke to NBC Latino at the Democratic convention in Tampa.  Though Prats is part of the Popular Democratic Party, (which wants to preserve the Puerto Rican commonwealth), he was working with another Obama supporter, Puerto Rico’s Secretary of State Kenneth McClintock. McClintock is part of the island’s opposing party, the pro-statehood New Progressive Party.

In a swing state where every vote counts, McClintock explained why the campaigns are focusing so much on Florida’s newer Puerto Rican residents.  ”Many of central Florida’s Puerto Ricans have moved here recently, unlike Puerto Rican families in the Northeast, who have been in the mainland for generations,” he said. “Families which have just relocated might not be thinking of registering,” he added.

Puerto Rican island Democrats like Prats and McClintock are working with the Obama campaign to mobilize this Puerto Rican vote, which has been more traditionally Democratic.  Puerto Rican voters, however, are considered more potential swing voters than other groups.  Puerto Rico’s current governor, Luis Fortuño, has played a big role in the Romney campaign.  He spoke in the convention, and his wife, Puerto Rican First Lady Luce Vela Fortuño, had a speech introducing Ann Romney, who considers her a friend.

Evelio Otero, a Puerto Rican Republican congressional candidate from Tampa’s 14th district, said “Latinos have suffered more than anyone in the last few years – unemployment is high, salaries have gone down, the price of gasoline is still high, and we need to reduce more taxes for small businesses,” he says.  Otero is confident the Republican message will resonate with more Latinos, though Obama is still leading Romney among Latino voters by a very wide margin.

On the Obama campaign side, Obama for America co-chair Lynnette Acosta, who is based in Orlando, said they have been working hard over the past year to reach Latino voters. “In Florida we have almost 40 campaign offices, and in Orlando alone we have 5 or 6,” she said. “We have tons of hard-working volunteers, and we focus on reaching Latinos through grassroots efforts – town halls, meetings and calls.”

On the Republican side, Yohana de la Torre, national director of specialty media for the Romney campaign, says the fact that José Fuentes, one of the three “Juntos con Romney” co-chairs just relocated to Orlando for the rest of the presidential campaign “is proof of the commitment we have in the Orlando/I4 corridor and our comprehensive grassroots, bilingual campaign,” she says.  The Romney campaign has released more than 15 Spanish-language ads, de la Torre adds.

And as more Puerto Ricans, who are U.S. citizens, settle in Florida, both parties are working against the clock to register and encourage more voters to the polls, in a state which is expected to be decisive in November.