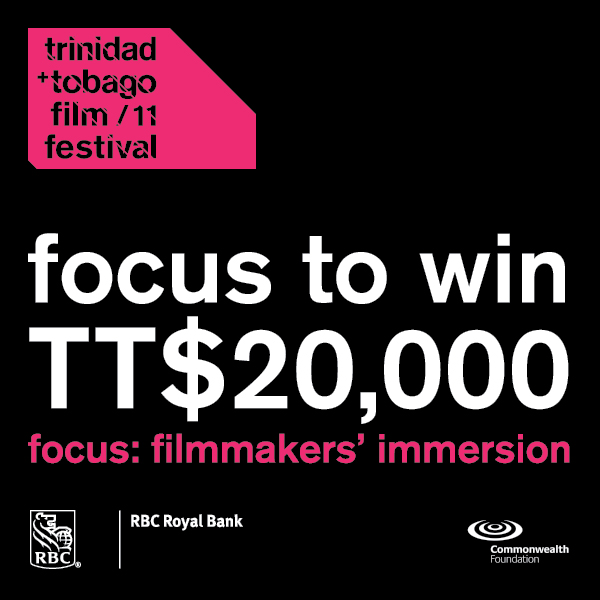 Ten Caribbean filmmakers—spanning the region from The Bahamas in the north all the way down to French Guiana—will come together in Port of Spain during the upcoming trinidad+tobago film festival (ttff) to be part of a unique training opportunity.

Entitled RBC Focus: Filmmakers’ Immersion, the initiative is being presented by the ttff in association with RBC Royal Bank. This is the second year running the Immersion is being held, and the focus is documentary filmmaking.

Chosen from numerous entrants who responded to an open call for applications, the participants will spend four days (25–28 September) working on an original concept for a feature-length documentary. They will engage in group discussions and exercises on a range of documentary filmmaking techniques and strategies, opening them to the creative possibilities of the art form.

The facilitators for RBC Focus are two internationally respected film-industry professionals: Jamaican-American filmmaker and teacher Alrick Brown, and documentary story consultant Fernanda Rossi, born and raised in Buenos Aires and based in New York for the past 17 years.

At the end of the four days, the facilitators will choose their top five participants to pitch their concept to a jury at a public event on 29 September. The participant with the best conceptand pitch, as determined by the jury, will win a cash prize of TT$20,000.

“RBC Royal Bank is proud to continue to support the RBC Focus: Filmmakers’ Immersion and the ttff,” said Mr Suresh B Sookhoo, CEO, Caribbean Banking, RBC. “We have seen first-hand the strides these emerging filmmakers have made after particpating in the programme. Improvement in their skills ultimately means growth of the film industry in the region.”

The trinidad+tobago film festival/12 takes place from 19 September to 02 October and is presented by Flow, given leading sponsorship by RBC Royal Bank and bpTT, and supported by the Trinidad and Tobago Film Company, the National Gas Company, the Ministry of Arts and Multiculturalism and Copa Airlines. Visit www.ttfilmfestival.com for more information.