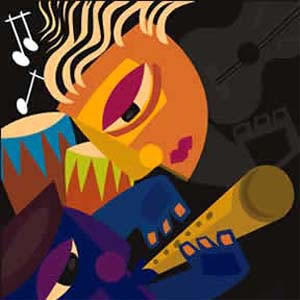 What happens when international superstars such as the late Amy Winehouse, Stevie Wonder, Sting, Ne-Yo, Diana Ross, Lionel Richie, Kenny “Babyface” Edmonds, Chris Brown, Toni Braxton, Roberta Flack, and Damian Marley, just to name a few, travel to and perform in the Caribbean in the middle of the long, hot summer?… Asks Patrician Meschino in this report for Billboard

For more than a decade, The St Lucia Jazz Festival (this year May 5-13) and the St. Kitts Music Festival (June 28-30), have successfully juxtaposed American pop and R&B stars alongside local and regional Caribbean acts in their lineups while Jamaica¹s Reggae Sumfest (July 19-21) and Barbados’ Cropover (July 29-August 6), dominated respectively, by reggae and soca artists, thrive as elaborate showcases of those islands’ musical identities.   The three-year old Curacao North Sea Jazz Festival (August 31-September 1) headlined this year by Carlos Santana and Alicia Keys and in 2011 by Stevie Wonder and Sting, is solely funded by businessman Peter Elias “to put Curacao as a product on the international map,” says the event’s publicist Percy Pinedo.

But despite the preponderance of summer music festivals in the region, the overwhelming majority still face ongoing challenges in obtaining greater sponsorship to finance performances by marquee-name acts.   According to the 2001 report Festival Tourism in the Caribbean: An Economic Impact Assessment (PDF), prepared by Dr Keith Nurse for the Inter-American Development Bank in Washington D.C, inadequate sponsorship is due to the “Caribbean corporate communities’ limited experience with festival/arts sponsorship and many festival

The report states that Caribbean festival tourism creates jobs and contributes to wider economies by generating revenue for airports, hotels, restaurants, taxis, car rental companies, craft vendors and other businesses. “The actual data on the economic impact of these festivals is largely undocumented, but where there is data, the impact has been considerable,” Nurse states.   Just over 16,000 people attended this year’s St. Kitts Music Festival, held at Warner Park in the island’s capital Basseterre, an increase of 2,000 from the festival’s 2011 tally. Trinidadian soca star Machel Montano, Bob Marley’s youngest son Damian, and R&B/reality TV star Toni Braxton, respectively, headlined the festival’s soca, reggae and R&B nights.

“We like to present artists the audience can sing along to but we can’t afford to pay the big bucks so we try to book artists early in their career or maybe slightly on their way down but we also want acts that can exceed expectations,” says St. Kitts’ Minister of Tourism and International Transport Ricky Skerritt, who attributes the spike in attendance to the recovering economy, savvier marketing and a greater online presence.   The festival’s platinum sponsor, telecommunications company LIME, contributes EC $200,000 (approximately US $74,000), “symbolic of LIME’s commitment to boosting St. Kitts’ tourism product and giving local artists exposure within the global music market,” stated a company press release. Other sponsors include American Airlines, who provided airlift at a reduced cost and the St. Kitts Marriott Hotel, which donated nearly 350 rooms for artists, their entourages and others associated with the event. The festival derives 50% of its income from the St Kitts government, 25% from gate receipts and 25% from sponsorship. “If our sponsorship was at 50% we would have more money for marketing, to arrange special flights and book bigger name artists,” Skerritt notes. Skerritt didn’t present the 2012 figures but in 2011, he said, the festival broke even earning $1.3 million, down from its peak of $1.7 million in 2007.   St. Lucia senator Allen Chastenet was the island’s Director of Tourism in 1991 when he spearheaded the development of the St. Lucia Jazz Festival, which George Wein, founder of the venerable Newport Jazz Festival, has rated among the world’s top five music festivals. In 1996, as the Vice President of Marketing with Air Jamaica, Chastenet co-founded the Air Jamaica Jazz and Blues Festival, along with Paxton Baker, now General Manager of Centric (formerly BETJ) and Walter Elmore, CEO of Art of Music Productions (AMP) who have annually produced the event since 2004. Air Jamaica relinquished Jazz and Blues’ title sponsorship in 2009 prior to its sale to Trinidad based Caribbean Airlines.   Although branded as jazz festivals, these events featuring R&B, pop, reggae and (occasionally) jazz acts, were conceived as Caribbean tourism vehicles based on Chastenet’s observations at the Montreal Jazz Festival. “People that go to jazz festivals are seemingly more open minded so when they travel they explore and interact with the people, which is good for the destination,” Chastenet commented. “Sponsorship was an issue in the early days as much as it is today. The fees for the caliber of artists we need to attract people to St. Lucia have gotten much higher. The venue, Pigeon Island, can’t accommodate larger crowds than the 18,000 we already attract on our final weekend so sponsorship has to increase.”   The budget for this year’s St Lucia Jazz Festival, headlined by Diana Ross, was $700,000 offers Chastenet. He contends that the festival’s model “is not sustainable when you look at the amount of money and infrastructure used to develop it relative to the amount of money it can generate. The St. Lucian government recognizes the option of extending the festival throughout the summer,” Chastenet continued, “so instead of bringing in 15,000 people in for a 3-4 day period, we can bring in that amount, repeatedly, over a 9-10 week period.”   In 2009 the St. Lucia Jazz Festival garnered worldwide attention when Amy Winehouse, who lived on the island for several months, made a heart wrenching return to the stage there: Winehouse forgot her song lyrics, stumbled, cried and ultimately left the stage before the conclusion of her set amidst jeers from the audience

Celine Dion headlined the 2012 Jamaica Jazz and Blues Festival (January 26-28), her sole appearance this year outside of her residency at the Colosseum at Caesars Palace in Las Vegas. On Friday January 27th, Dion lured a record-setting 20,000 fans to the Greenfield Multi-Purpose Stadium in Trelawny, about 30 minutes outside of Jamaica’s resort capital Montego Bay.

“Bringing Celine was a risk that paid off for Friday night: I basically borrowed money and funded it myself with some sponsorship from the Jamaica Tourist Board and corporate Jamaica, but not at the level needed to continue bringing acts of that magnitude,” notes Elmore, who estimated this year’s expenses at $3,000,000, but did not disclose Dion’s fee.   For the second consecutive year Jamaica based telecommunications company Flow teamed up with HBO to present a 30-minute Jazz and Blues documentary: “Where The Music Is Always Alive,” featuring Dion as well as Thursday’s opening night all Jamaican lineup (spanning rising roots reggae band Dubtonic Kru to veterans Marcia Griffiths and Yellowman) celebrating the island’s 50th anniversary of independence, which will be shown in 300,000 homes in 23 countries throughout Latin America. Elmore is currently in negotiations to recruit a title sponsor to facilitate the festival’s 2013 staging, slated for January 24-26. “That will help us continue bringing in big name acts who bring a lot of attention to Jamaica, which is the primary goal of this festival.”

For the original report go to http://www.billboard.biz/bbbiz/industry/touring/how-summer-music-fests-are-helping-caribbean-1007913852.story#2tvXB9zICupKEcQr.99