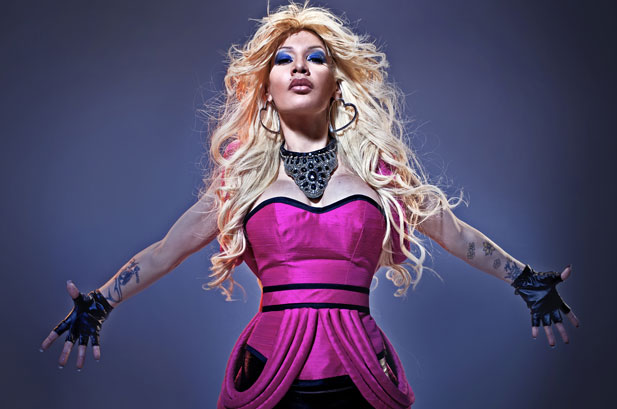 Puerto Rican reggaeton pioneer Ivy Queen is presenting her new album – “La musa” – thereby once again ensuring the stability of her career of almost 20 years in the forefront of a musical genre dominated by men, EFE reports.

The woman born Martha Ivelisse Pesante told Efe on Tuesday that there is “no trick or chemistry” regarding the key that has led to her continued success.

Ivy Queen began her career in the mid-1990s by collaborating on the albums put out by The Noise, produced by DJ Negro, on which noted artists like Baby Rasta and Gringo, Mr. Notty and Baby Ranks also participated.

The artist says she has survived in reggaeton as a minority compared with the other well-known artists because she was born to make music.

Since she began her reggaeton career, she says, her mission has been to create and compose songs “that have some kind of subject matter” so that people understand the concept and message.

Ivy Queen said that the song “Caminando por la vida,” which she includes on her new album, is a social critique of the lack of human warmth and politicians who abuse the people.

“It’s a very strong subject. Also, it talks about when a human being kills another just because of (the latter’s) sexual orientation,” she said.

Ivy Queen’s defense of the homosexual community led to the Gay and Lesbian Alliance Against Defamation, or GLAAD, presenting her with an award.

For the original report go to http://www.laht.com/article.asp?ArticleId=565582&CategoryId=13003

One thought on “Ivy Queen thrives in male-dominated reggaeton”