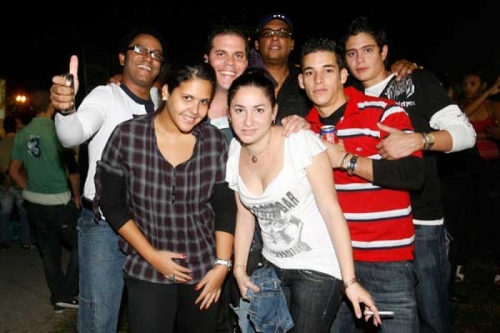 More than 73,000 young Cubans between ages 18 and 35 are self-employed and so represent just 19 percent of the private sector that has emerged on the island with the economic adjustments meant to “modernize” the country’s socialist model, EFE reports.
Currently 385,775 Cubans swell the ranks of the private labor market in Cuba and of those, 73,118 make up the younger segment between ages 18 and 35, the official Juventud Rebelde newspaper said.
Young workers are not the part of the Cuban population most represented in private jobs and most of Cuba’s youth continues to be employed by the state and in the student sector, Deputy Labor and Social Security Minister Jose Barreiro told the newspaper.
“Don’t expect these figures to change very much considering the current job possibilities in self employment,” Barreiro said.
As of April the majority of self-employed young people were males and 43,967 had finished their studies or for some reason had left state-employment.
Young people who have gone into the private sector have chosen activities related to the food service industry, selling farm produce in the streets or door-to-door, and the production and marketing of household goods.
Others have gone into the business of buying and selling music discs, offering manicure services or working as artisans, carpenters or electrical-and-electronic-equipment repairmen.
As for young people taking advantage of the agricultural plan that allows them to use but not own farmland – another alternative to state jobs – the 18-to-35 group represents 26.7 percent of the total 166,247 Cubans who have accepted this possibility, the head of the National Land Control Center, Pedro Olivera, said.

For the original report go to http://www.laht.com/article.asp?ArticleId=521641&CategoryId=14510