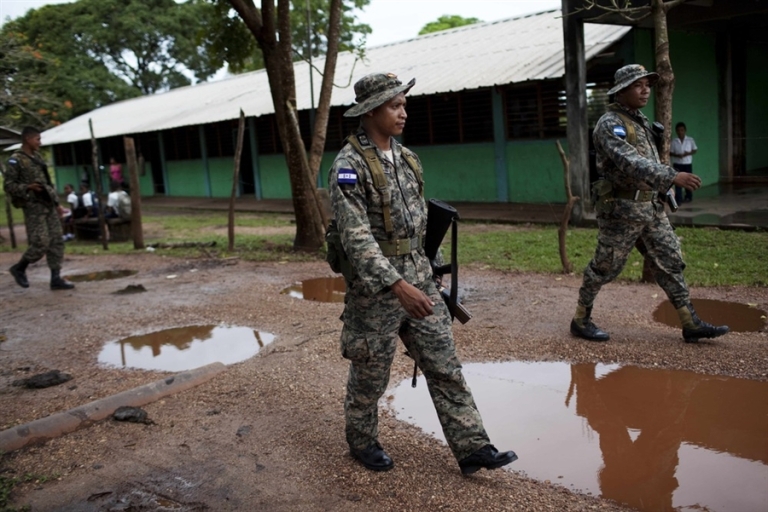 The Miskitos are Native Americans living in Central America, mostly (but not exclusively) along the Caribbean coast of Honduras and Nicaragua. In Honduras, the voice of the Miskito community is beginning to be heard after reports of killings in Ahuas and other villages as Miskito nationals were supposedly mistaken for drug traffickers. Here are excerpts from a report by Frederick B. Mills for the Council of Hemispheric Affairs (COHA):

On May 11, death came to the Miskitia from U.S. State Department-owned helicopters manned by contract Guatemalan pilots, members of a special Honduran Police Unit, along with U.S. DEA agents. Reports concerning the botched anti-narcotics operation barely survived three news cycles before expiring in the face of an indifferent public. During week one, a number of initial news reports (with the notable exception of the coverage by the Huffington Post) offered a defaming criminal profile of the local Miskito population using anonymous “official” U.S. government sources. [. . .] By May 17, the question of U.S. accountability began to lose steam when State Department spokeswoman Victoria Nuland deferred the responsibility of carrying out an investigation to the notoriously corrupt Honduran authorities. Despite the current paucity of news about this incident, the struggle for justice in the Miskitia continues. The Miskitia killings raise legal, ethical, and policy questions of the greatest import. [. . .] So far there is no indication that such “thorough” investigations are underway by either U.S. or Honduran authorities. [. . .]

At this late date, the only published reports based on investigations carried out on the ground in Ahuas are by highly regarded non-governmental human rights organizations. A delegation from the United States and Canada, organized by Rights Action and Alliance for Global Justice, was in Ahuas May 22-23. They issued a preliminary report that includes testimonials and photos related to the incident (http://hhrd2012.wordpress.com/). The well-respected Honduran Committee of the Relatives of the Detained and Disappeared of Honduras (COFADEH) conducted an investigation May 20-24 (Informe Preliminar de Verificación Caso Ahuas 11 de Mayo). 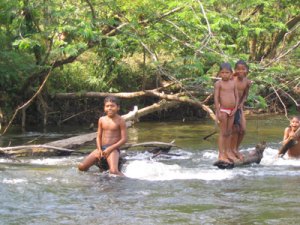 [. . . T]hese on-sight investigations at Ahuas put a human face on the affected community. We learn about the poverty, the growing military presence in the area, and the use of the Patuca River as a primary transportation passage for the area villages. Most important, we learn about the victims. The persons killed include Juana Jackson Ambrocio, who was six months pregnant and the mother of two children, and Candeleria Pratt Nelson, who was five months pregnant and the mother of six. (It should be noted that one Ahuas resident said there are actually six dead, because the two women were pregnant.) The others officially counted among the dead are Hasked Brooks Wood, who was 14 years old and was travelling with his mother Clara Wood Rivas, and Emerson Martinez Henriquez, a 21-year-old and father of two, travelling with his father-in-law.

Second, both investigations, up to now, corroborate the same version of events. Since the actual operation from the air has been amply covered, we now turn our attention to the tragic aftermath of the incident. Following the attack, authorities entered the homes of numerous residents of the town of Ahuas and interrogated them at gunpoint. In some cases residents claim that English-speaking, uniformed agents were present. During these searches and interrogations, residents were reportedly prevented from attending to the wounded. This raises ethical questions about the duty of the police units to offer assistance to the wounded, not prevent it.

See full article by Frederick B. Mills at http://www.coha.org/death-in-miskitia-land-and-the-search-for-justice/

Photo of Miskito children by the sea from http://thisishonduras.com/Ethnic_Groups.htm