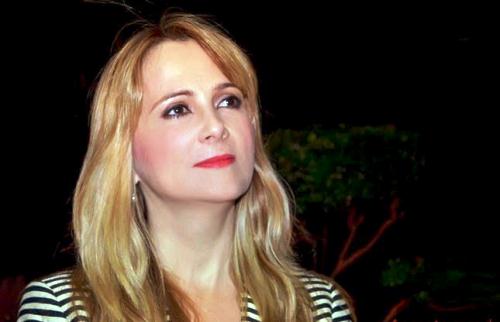 The Miami Herald reports that Nuria Piera—daughter of the late television journalist, José Enrique Piera, who was killed in 1970, when she was eight years old—has been receiving death threats for exposing information about a senator’s kickbacks to Haitian politicians in exchange for millions in post-earthquake reconstruction contracts. Here are excerpts with a link to the full article below:

Although Piera downplayed the threat, others feared for her life. A group of journalists rallied around her, calling for authorities to stand up for reporters in the face of danger. “What they do and what they threaten to do is not going to stop me from continuing to do this,” Piera said in a recent interview with The Miami Herald. “They don’t scare me.” Yet, as the incident made clear, practicing investigative journalism here is not all that much safer than it was when Piera’s father was killed. Journalists and free press advocates said archaic defamation laws, threats of violence or death, and a lack of independence threaten journalistic freedom in the Dominican Republic.

[. . .] “Until last year, the situation in the Dominican Republic for journalist had been OK,” said Mariela Hoyer, press freedom advisor for Latin America and the Caribbean at the Vienna-based International Press Institute (IPI). “In the last year, it’s gotten considerably worse.” In August, television journalist José Silvestre was abducted and killed after reporting on drug trafficking and alleged links to businessmen in the eastern city of La Romana. Silvestre’s body was discovered with two bullet wounds to his abdomen. Police arrested five men.

The fear of criminal prosecution is often more of a deterrent than death threats. Like many other countries in Latin America and the Caribbean, the Dominican Republic has criminal defamation laws under which journalists found guilty of libel or slander can receive jail terms and harsh financial penalties. In January, Johnny Alberto Salazar, who ran radio station Vida FM in the northern town of Nagua, was sentenced to six months in prison and ordered to pay a fine of 1 million Dominican pesos (US$26,000) after a judge found him guilty of damaging a local lawyer’s reputation.

[. . .] A former TV child star, Piera started an investigative news magazine called “Nuria” 25 years ago. She has rankled officials and politicians with her investigative reports, such as those that helped expose a corrupt lottery system where government officials fixed the outcome and reaped the profits. Her latest corruption investigation began after a trusted source showed up with the Excel spreadsheets containing the financial ledgers of companies owned by Sen. Felix Bautista.

Bautista had been a controversial figure in Dominican politics for years, rising from the levels of party politics to senator in a decade, with his companies earning millions along the way. Piera, her sister and a trusted employee pored over the registries at her office, a windowless, blood orange room adorned with journalism awards and artwork. “We saw millions and millions of dollars in transfers,” she said. “Many of the records were routine business entries. But a lot of money had been funneled through his businesses to win contracts in other places.” Some $2.5 million of those transfers showed up in the registries with the description of having been delivered to “MMartelly.” She based allegations about the involvement of Haitian President Michel Martelly and others on those entries. [. . .] Weeks later, she took to the airways on her normal Monday evening timeslot and dropped a bombshell: Bautista had sent millions in kickbacks to Haitian presidential candidates, including Martelly before and even after he won the election, and received lucrative construction contracts in exchange, she alleged.

In Haiti, the Dominican contracts were at the center of a contentions dispute between former Prime Minister Garry Conille and Martelly. Conille, who abruptly resigned after only four months, had called for an investigation into the no-bid contracts, saying that Haiti had broken its own procurement laws when it awarded them to Bautista’s companies. Conille’s successor, Prime Minister Laurent Lamothe, has said publicly that he will continue the investigations into the Dominican contracts and will honor the recommendations of the commission investigating the matter.

For photo (and more information, in French), see http://www.hpnhaiti.com/site/index.php?option=com_content&view=article&id=5902:haiti-rd-corruption-les-sources-de-nurai-piera-persecutees&catid=1:politics&Itemid=1

One thought on “Dominican Journalist Nuria Piera Gets Death Threats”