In honor of the Diamond Jubilee, another interesting entry in Dr. Edward Harris’ HERITAGE MATTERS series in Bermuda’s Royal Gazette.

Half a millennium and seven years ago, this being the Year of Our Lord 2012, a small Spanish vessel provided the platform from which humans first became aware of the existence of dry land at 65 degrees West by 32 degrees North. Piloting the ship, La Garza, and perhaps the first to spot the archipelago of coral, cedars and cahows, was the island’s namesake, Juan de Bermudez, who was making a transit from the Caribbean Sea to a homeport in Spain in the late autumn of 1505. Prior to that sighting of Bermuda, no one on Earth had any idea that it existed, all alone in the western North Atlantic, some 640 miles from the nearest landfall at what later was called Cape Hatteras. 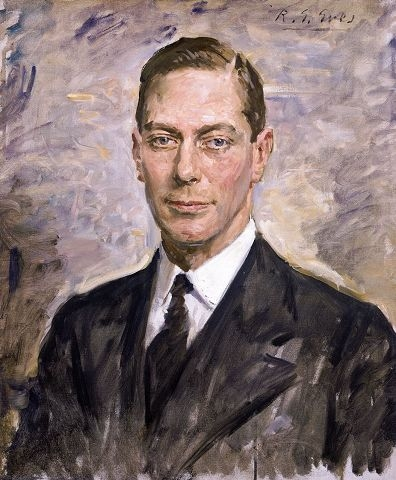 It would, however, take another 107 years before people recruited to such a cause by the Virginia Company of London settled Bermuda, which five years earlier had planted the first successful English colony in the Americas at Jamestown. That place eventually became part of the United States with the Treaty of Paris in 1783 and thus lost its connection with the English monarchy, a relationship yet surviving at Bermuda and in the thirteen other ‘British Overseas Territories’. Of the fourteen such territories, eleven are islands or groups of islands and like Bermuda are some of the most isolated places on the globe in the Atlantic, Indian and Pacific Oceans. Like Bermuda also, some of those were not found until European sailing technology allowed vessels to explore all of the ocean seas, a very recent occurrence in human history, after the long trek out of Africa and the settlement of most parts of the Earth in recent times, geologically speaking.

Thus Bermuda’s connection with the English monarchy began in 1505, when the reigning Henry VII was in his last four years and is partly symbolized today by its flag, with is a defaced Red Ensign carrying the Union Flag in the upper left quadrant and the Island’s coat-of-arms in the right half. The flag is unique among the Overseas Territories, as most of the others fly a defaced Blue Ensign. Along the way to this anniversary time of 400 years of permanent settlement, Bermuda has passed through the reigns of 21 past monarchs, one head of ‘The Commonwealth’ of 16491669 (Oliver Cromwell) and presently celebrates the Diamond Jubilee of Her Majesty Queen Elizabeth II. In another five years, Her Majesty will become the longest serving English monarch, surpassing the 64-year reign of her ancestor, Queen Victoria.

Henry VII established the Tudor dynasty, which began in 1485, seven years before Columbus reached the Americas, and lasted until 1603, so it spanned the 98 years when Bermuda was but a home for refugees from the wrecking of ships on its natural fortifications of reefs, along with some land crabs. In 1511, two years after Henry VIII (he of not a few wives) sat on the throne, the Island made its first appearance in graphic literature, as an image in Oviedo’s map published that year in Europe. After the short reigns of Edward VI and Mary I, a third child of Henry VIII ascended to the throne in 1558 as Elizabeth I, a position she occupied until her death in 1603, the year Captain Diego Ramirez beached his ship for repairs at Spanish Point, have the first recorded African at Bermuda, one Venturilla, among the crew. Elizabeth presided over a dramatic period of New World exploration, but showed no interest in Bermuda, as it had no gold or other goodies, as sought in the Caribbean by her adventurers such as Sir Francis Drake.

The five Tudors gave way to the six monarchs of the Stuarts, who, as the name implies, had much to do with Scotland, for James I was the son of Mary, Queen of Scots. It was during his reign that Bermuda was settled in 1612 and the significant fortifications erected that are now part of the Island’s World Heritage Site. A possibly unique gun of his son, Charles I, was discovered several years ago at Dockyard and is now restored on a replica carriage at the National Museum, given in memory of Douglas Anfossi by his friends and family. Cromwell and the ‘Commonwealth of England’ interrupted the British monarchy for eleven years, but the Stuarts returned in 1660 and completed their run into 1714 with the passing of Queen Anne.

Thereafter, a German lineage was introduced with George I, with George III reigning for sixty years (17601820) during which period what became the United States was lost to Britain: perhaps that was what drove the old boy mad, though some might demure that it should have preserved his sanity. It was in the reign of his son, William IV (18301837) that slavery was abolished through the worldwide British dominions, including Bermuda. Victoria, a granddaughter of George III began her long reign in 1837 and ushered in the period of tremendous growth in industrial activity and other developments that have come to be termed the ‘Victorian Age’. The House of Hanover ended with Edward VII in 1910, a king long in waiting through his mother’s extended monarchy.

Shortly before the beginning of the Great War, George V started the House of Windsor, of which the present monarch, Elizabeth II is a part. George V had to reside over that terrible conflict, in which some 80 Bermudians lost their lives, while his son George VI (19361952) had to cope with the Second World War, in which the island lost 35 men and one woman in service.

Until the reign of Elizabeth II, daughter of George VI, no reigning British monarch had visited Bermuda, but Her Majesty has alighted here from ship and plane on several occasions, the last in 2009 for the four hundredth anniversary of the wreck of the Sea Venture on our eastern shore. Bermuda, in fact, was the first port of call when in 1953, on the royal vessel Britannia, Her Majesty undertook a world voyage in celebration of her coronation.

As the oldest of the Overseas Territories, Bermuda has thus had a centuries-long relationship with the British monarchy and the Premier of Bermuda, the Hon. Paula Cox, JP, MP, has charged a small committee and the National Museum with the production of a book to mark that association, a volume that will naturally culminate in the period of Her Majesty’s reign and Diamond Jubilee.

The Jubilee Book Committee and the National Museum would like to thank all those members of the public who have responded to an appeal for images and artifacts of royal association and to those individuals and companies that are sponsoring the production of the volume on Bermuda’s 507 years of relationship with the British Monarchy.

Edward Cecil Harris, MBE, JP, PHD, FSA is Executive Director of the National Museum at Dockyard. Comments may be made to director@bmm.bm or 704-5480.