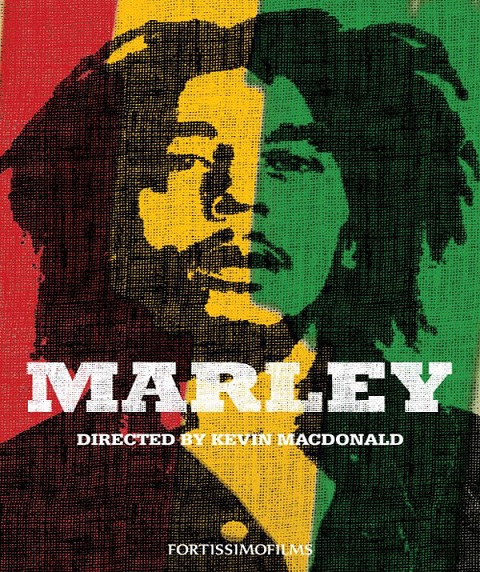 “Man to Man: A Review of ‘Marley’” is a film review by Dr. Matthew J. Smith of Kevin Macdonald’s documentary new documentary on Bob Marley. The documentary had its world premiere in February 2012 at the Berlin International Film Festival and its Caribbean premiere in March at the Curaçao International Film Festival Rotterdam. According to Karin Wilson (Yardedge) Marley will premiere at a free screening at Emancipation Park in Kingston, Jamaica, on April 19, 2012, at 7:00pm. Here are excerpts with a link to the full review below:

Kevin Macdonald, the Oscar-winning director of films such as the Last King of Scotland, wants to be clear about his new documentary on Reggae legend Bob Marley: It is above all an examination of Marley as a man, not an icon. [. . .] To tell the story Mcdonald divested himself of any preconceptions and instead set about collecting every scrap of visual information he could about Marley. It helped, of course, that the film had the full endorsement of the Marley family and Chris Blackwell. He also interviewed nearly 100 people (about half of them make it into the film) who knew aspects of his life or simply crossed paths with him at turning points. In an interview with Macdonald following a preview of Marley at the Rotterdam Film Festival in Curaçao, he expressed to me how these stories created a mosaic that “scratched away at the mythology” of Bob Marley and shaped the film’s narrative.

From its first few minutes Marley impresses. A powerful opening sequence set in Gorée island, on Africa’s gold coast, segues into a breathtaking aerial shot of St. Ann, and the film’s first interview with Bob Marley’s primary school teacher, who is aged yet has sharp recollections of Marley as a youth. More than two hours later, this interview finds its bookend with another elderly woman, the German nurse who cared for Marley in his last days. These two women, one from the green hills of Nine Mile, and the other form the snow-capped mountains of Bavaria, did not know Marley during the height of his fame–neither ever attended his concerts–but they each saw him up close at the early and late stages of his life. It is in showcasing these moments—what Macdonald calls the “human details”—that Marley shines.

[. . .] Ultimately the film is a tribute to Marley’s fight against the odds. The interviews with those close to him may not tell us a lot about his creative process, but they do offer a great deal about his devotion to his craft and the personal losses suffered by him and his family along the way. Cedella Marley supplies the most frank comments about a father that she had to share with the world and lost far too soon to an incurable disease. The sad final chapter of the film, which covers Marley’s painful end days as a patient in Germany and climaxes with his 1981 funeral, reminds us of how much his native island felt that loss.

The film’s closing moments are an upbeat celebration of what Macdonald calls, Marley’s “world domination.” Fifty years after independence Bob Marley remains the most celebrated Jamaican in the world. No other musician in history is so completely associated with the country he comes from, an “amazing and almost problematic” fact as the director admits. Marley brings us closer to understanding why this is so.

Dr. Matthew J. Smith is Senior Lecturer in History at UWI-Mona and presenter of the 2011 Bob Marley Lecture.

[Many thanks to Peter Jordens for bringing this item to our attention.]

For more on the documentary, see http://www.bobmarley.com/marley_the_movie.php

One thought on “Man to Man: A Review of “Marley””