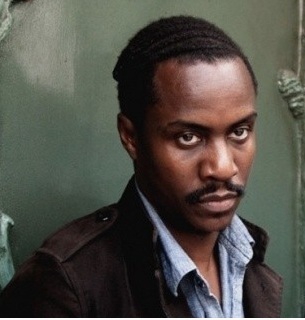 BibliObs: Guy Régis Jr, you are currently translating Remembrance of Things Past in Creole. Where did you get the idea?

Guy Régis Jr In 1986, after the end of the dictatorship, linguists decided to create a script, to offer a standard form to the Creole language. One of the first translations was the Bible. I noticed how the Bible allowed for setting “language.”

BibliObs: David Bellos, you show in Le Poisson et le bananier, your history of translation, that it is difficult to define the activity of a translator.

D. Bellos [. . .] Translation poses an important question: how can humans ever agree? In a reception at the university, I said to a kind of ruddy-faced and self-satisfied gentleman that I was involved in translation. He replied: “Ah! Translation, it’s never the same as the original.” I started writing a little diatribe, and then I realized the large number of misconceptions that need to be cleared up about translation. The challenge is to reconstruct a view of culture and civilization stemming from this rather mysterious activity.

G. Régis Jr Haitians owe a great deal to in translation. There were two acts of independence in Haiti, one in French and one in Creole. This is an isolated country located in America, surrounded by English and Spanish speaking countries. If I was able to read Gabriel Garcia Marquez, who lives not far from me, it has been through the French language. [. . .]

G. Régis Jr It is the confrontation of two different world views, the source language and the target language. In one phrase, for example, Proust speaks of the “craquement organique des boiseries [the organic cracking of the woodwork]. How to translate it in Creole? The word “organic” does not exist. Creole does not have these scientific words. To translate, I had to deal with cracking, body, wood: “The cracking of the body of the house.” In many cases, I bump into these divisions of the world through vocabulary. Descriptions of characters are a puzzle; anatomical vocabulary Creole is rather imprecise. For instance, I had to invent a term to translate the word “cheek.” [. . .]

BibliObs: Guy Régis Jr, which text gave you the most trouble [to translate]?

G. Régis Jr I translated L’Étranger, and everyone assumes that the style of Proust is more complex. But Camus wrote in the passé composé… a verb tense that does not exist in Creole. [. . .]

D. Bellos I would like to ask my colleague to say a little Proust in Creole.

For article and original interview (in French), see http://bibliobs.nouvelobs.com/essais/20120406.OBS5667/proust-en-creole.html