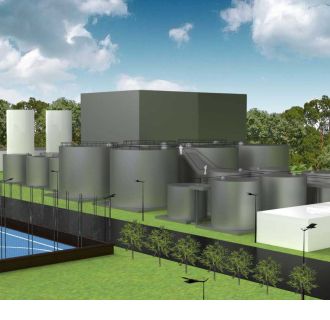 The Club Caribe LLC, Puerto Rico’s third rum distillery, will open in Cidra this year at the site of a former pharmaceutical plant. The company is affiliated to Cc1, a Puerto Rican company that distributes Coca-Cola products locally. The distillery is located at the site of the former Glaxo SmithKline plant in Cidra, where the company already runs a water bottling operation and has made a $30 million investment.

The distillery is expected to produce 2 million gallons of rum in its first year as part of a 20-year deal. It is expected to produce up to 10 million gallons of rum to sell in bulk and as private labels. According to the Puerto Rico Daily Sun, Governor Luis Fortuño said Wednesday that the $40 million investment will offset the anticipated $140 million loss after the production of Captain Morgan rum moved to the neighboring U.S. Virgin Islands.

The new rum distillery will supply the Puerto Rico and United States markets with private labels and in bulk. This is the result of a 20-year agreement between the Puerto Rican government and Club Caribe Distillers, LLC (CC1), and part of a series of agreements with local rum producers (Bacardí and Serrallés) to ensure the permanence of this industry in Puerto Rico. The distillery is expected to produce 2 million gallons of rum in its first year.

According to an article last year (7 July 2011) in Caribbean Business, Club Caribe Distillers, LLC, is looking to break into the U.S. market with three new products: Club Caribe, a white rum; Black Roberts, a spiced rum; and Ron Carlos, a dark rum. The long-term goal would be to bring production to plant capacity, which is 10 million gallons a year.

The governor said that the agreement guarantees the production of rum in Puerto Rico for the next 20 years and “in so doing strength[en]s and protects an industry recognized the world over for its excellence. It also grants government the capacity to work directly with producers to develop promotional strategies that increase their competitiveness and stimulate their growth.”

The rum industry in Puerto Rico represents between 4,500 and 5,000 jobs and injects approximately $400 million annually through the federal rum tax reimbursement program; more than 70 percent of that amount being attributed to the contribution of Bacardí.