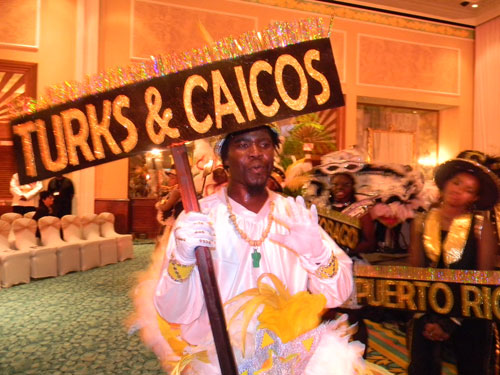 A Turks and Caicos produced television show— Turquoise Morning—has been selected among 50 nations (and 11,000 entries) for the 2012 Telly Awards. This Caribbean show began in April 2008 and is produced by Turks and Caicos and Bahamas based media company Magnetic Media. According to the Bahamas Weekly, the public will have a chance to add their votes to the final selection. Here are excerpts with a link to the full article below:

Host of Turquoise Morning, Deandrea Hamilton said: “Even more thrilling for us at Magnetic Media is the fact that today, April 2, begins actual public voting for our Battle of the Bands show which was entered in the People’s Telly, TV Programs/Segments category. This means our Turks and Caicos and Bahamas fans can vote for the show along with others around the world. It is a humbling experience for us just to be in the running!”

The Battle of the Bands show features the Bahamas All Stars as they debuted as the first international band to compete in the Florida Blue Classics Battle of the Bands. The hour long programme was filmed on location in Orlando, Florida last November.

[Hamilton explains,] “It is by far our most watched episode at our TV website BahamasonTV.com and it has so many hits on YouTube and Facebook we can hardly believe it. In fact right now, in anticipation of its success, we are, right now, running an encore presentation on Cable 12 in The Bahamas. [. . .] We sent along our show on the Caribbean Marketplace 30th Anniversary, hosted at Atlantis Paradise Island; our feature of the World Travel Awards held in Montego Bay, Jamaica; an electric display of junkanoo in both Nassau and Freeport from New Year’s Day 2012 and our coverage of the Haiti Reconstruction Forum, held in Miami, Florida which was hosted by the Inter-American Development Bank and the City of Miami Dade County in December 2011. It seemed they all fit the criteria for the Telly Awards which honors the very best film & video productions, groundbreaking online video content, and outstanding local, regional, & cable TV commercials and programs.”

“While we do want our home countries of The Bahamas and The Turks and Caicos to be proud of what we have managed to accomplish, we are more interested in our thousands of fans getting on line and voting for Battle of the Bands. We have no fear that you will agree that the content of the show is so inspiring and riveting – it deserves one of those statuettes which we plan to share with the Bahamas All Stars group once we win!”

[. . .] The Telly Awards organizers explain the voting process. It involves visiting their channel on YouTube and clicking the ‘thumbs up’ button. Voting is now open, and ends on April 27, 2012.

Session 2 is now open and will run through April 27,2012 on the You Tube Channel http://www.youtube.com/tellyawards