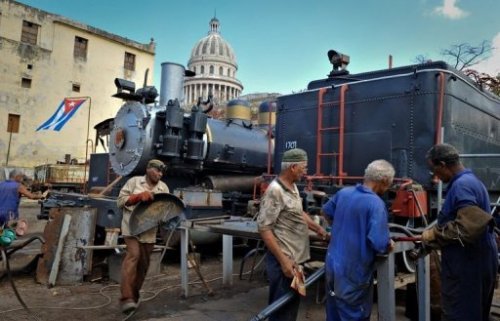 The US embargo on Cuba, comprehensive economic sanctions which have now dragged on for 50 years without toppling Communism here, have made life in Cuba harder but forged Cubans’ fierce survivor skills, the Agence France Presse reports.

“The impact really is hard to quantify. It has made life a lot more difficult,” Nelson de la Rosa, 72, a retired economist, told AFP, looking back on the US sanctions regime under which the entire life of 70 percent of all 11.2 million Cubans has taken place.

Under former president Fidel Castro, now 85 and semi-retired, who led the Americas’ only one-party Communist regime for almost five decades until 2006, the government hammered away day and night, blaming US sanctions for any and all economic ill.

The Cuban government officially maintains that as of 2010, the US economic embargo has cost Cuba’s cash-strapped centrally planned economy staggering losses of 104 billion dollars at current dollar values.

US President Barack Obama’s government counters with longstanding US policy: that when Cuba opens up to democracy, the sanctions — clamped in place fully since 1962 — will end.

And meanwhile, the Cuban government uses the embargo as an excuse to justify economic mismanagement, the United States insists, alone in trying to isolate a nation just 90 miles (145 km) from its shores.

Until the 1990s, Cuba was economically subsidized by the ex-Soviet bloc. After it collapsed, plunging Cuba into a protracted economic crisis, Venezuela stepped in with subsidized oil to help keep power plants humming and the economy grinding along. 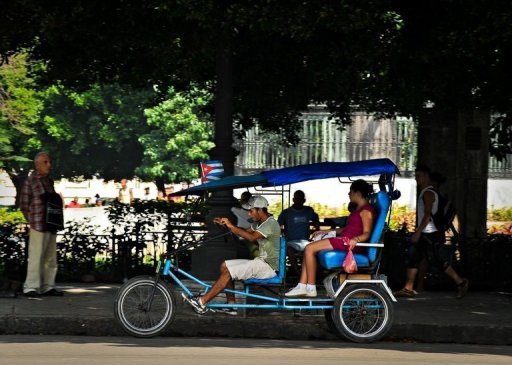 Meanwhile, Cubans — who now earn under 20 dollars a month — have turned years of hardship into Masters’ degrees in improvising solutions to everyday economic desperation.

Lacking spare parts, they have become pros at making welded fakes to keep vintage 1950s cars rolling. In a country that grows coffee, millions can’t afford it and brew roast chicory to make do. In a country with ample fallow farmland, the government spends billions of dollars importing food.

US sanctions “really developed inventiveness to stratospheric levels. You simply have to make do with whatever there is,” laughed mechanic Josvany, 36, who works on the rolling relics.

“We swap out the US parts — pistons, gears, brake systems — and swap in (tweaked) Russian, Korean or Japanese parts.”

Cuba’s mechanical and engineering inventiveness has been artfully applied to jerry-rig everything from train engines to refrigerators, to toasters and pressure cookers.

After decades of government charges, millions of Cubans still have the ingrained idea that the embargo is making their economic lives tougher.

To be sure, some US-made medical machinery, services or new antibiotics are not widely available in Cuba, and that is seen here as particularly cruel.

De la Rosa, 74, who is undergoing treatment for stomach cancer, argued that “many times a family member will die (in hospital) because we do not have a medication.”

“The blockade’s impact is felt in every single economic sector,” he argued. People dying due to lack of US medical services “happens every day in this hospital,” he argued at the Havana Cancer Institute.

In fact, most goods or services they might want usually are fully and legally available in Cuba, just not affordable to Cubans, especially imported goods. Many US-branded foods, diapers and the like are imported from third countries, as are Chinese and European goods; but there is a limited market for a 7-dollar bottle of olive oil when people make under 20 dollars a month.

Cubans also pirate US movies and computer programs, and then rent them out in state-owned chains — one local industry that would be crushed if US sanctions faded. US patent holders for now have nowhere to take a complaint.

And even President Raul Castro, 80, recently urged Cuba’s leadership to stop “blaming the (US) embargo” and work harder and more efficiently.

US-approved agricultural loopholes to the embargo already make the close-by United States Cuba’s number-six trade partner, even if Cuba sells nothing in the United States.

The Cuban president — who as armed forces chief put the army in charge of a money-spinning hotel chain — still however calls US sanctions “the main obstacle to development” for the Caribbean nation.

Since taking the reins from his then-ailing and now stable brother, he has expanded self-employment and cut state payrolls but still has avoided a market-oriented economic overhaul.

Even with US sanctions in place, Cubans who have left the country send home more than two billion dollars a year in remittances, a critical pillar of the local economy along with tourism.

For the original report go to http://www.france24.com/en/20120212-us-embargo-cuba-tough-times-breed-survivors

2 thoughts on “US embargo on Cuba: tough times breed survivors”