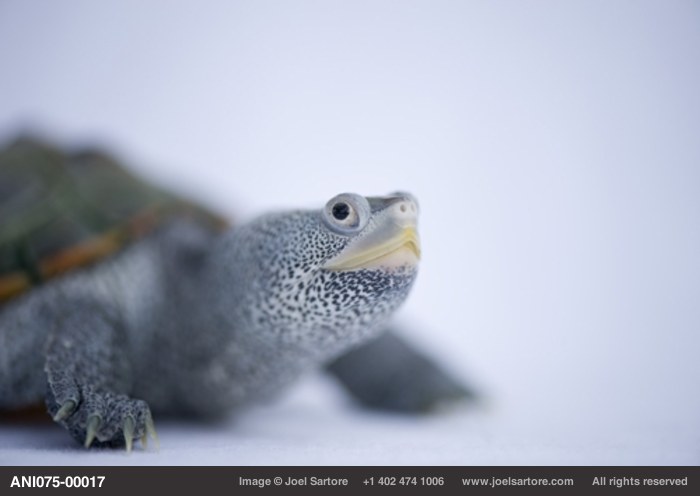 The Diamondback Terrapin Project was initiated in 2006 by Bermudian scientist Mark Outerbridge to fill enormous gaps in our knowledge of a recently discovered species that has now been added to Bermuda’s native fauna list, bernews.com reports.

The tiny Bermuda population of diamondback terrapins at the East End of the island is believed to be the only population breeding in the wild outside of the continental US.

Outside of Bermuda, the terrapin is known from the mangroves and salt marshes of the US East Coast from southern Texas to Massachusetts.

According to research conducted by Mr. Outerbridge and other scientists: “Given its coastal ecology and saltwater tolerance, the terrapin might seem a probable candidate for natural dispersal to Bermuda via the Gulf Stream.

“However, between the early 1800s and the 1920s, terrapins were a highly sought after delicacy. Consequently, terrapins were transported, translocated and farmed in high numbers to meet the gastronomical demand of gourmands. Combining this history with the fact that most of the Bermudian herpetofauna is introduced, it remains unclear whether the newly discovered terrapin in Bermuda result from a pre-human colonisation or are descended from individuals once intended for the soup pot.”

Diamondback terrapins have been listed as a globally near-threatened species by the International Union for Conservation of Natural Resources. On the East Coast of the US, their status ranges from a “species of special concern” to endangered in some states.

The Bermuda population of diamondback terrapins is localised to only one small area on the island — Mangrove Lake, Trott’s Pond, and South Pond.

Recent census surveys suggest that there are less than 100 adults and that most of these are females.

According to information collected by the Atlantic Conservation Project — which is backing Mr. Outerbridge’s Diamondback Turtle Project research — mating in Bermuda has been observed in the spring and nesting from April to July. The average clutch size is six eggs, and incubation lasts for approximately 70 days. A more recent, and worrisome, find, is that the hatching success appears to be very low [only 10 percent of the eggs studied produced hatchlings].

Studies in the US have revealed that most hatchlings emerge from their nests during the day and seek refuge in the nearest vegetation, rather than heading out to open water.

“Small radio transmitters glued to hatchlings’ shells have been used to monitor both movement and sources of predation during these first few months on land,” said the Atlantic Conservation Project. “This technology will be used in Bermuda to determine the specific habitat requirements of local hatchling diamondbacks.

“The radio-telemetry technology used to study the movements of hatchlings can also be employed to better understand the terrestrial movements of adult terrapins within the greater area surrounding Bermuda’s Mangrove Lake, Trott’s Pond and South Pond.”

For the original report go to http://bernews.com/2012/01/bermudas-rare-diamondback-terrapins/

The image above is from a gorgeous set of photographs of the Bermuda Diamondback Terrapin taken by Joel Sartore. Additional photos are available to see and purchase at http://www.joelsartore.com/stock/search/?search=terrapins\