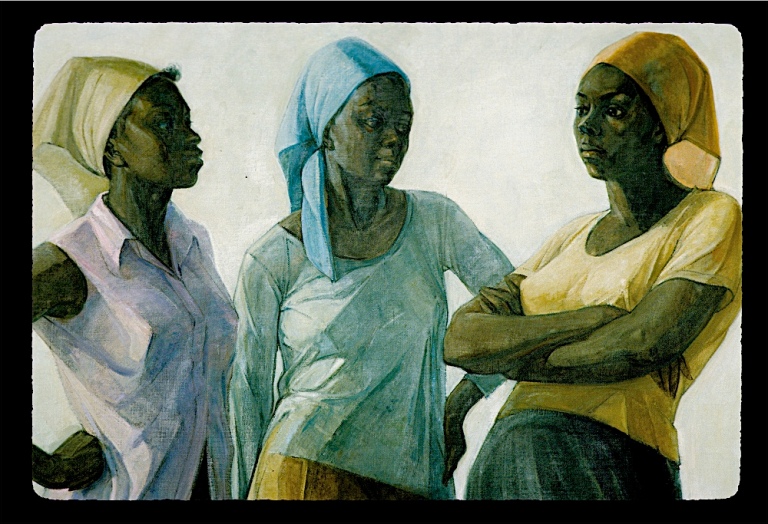 An opinion piece by Marie J. Malcolm for cmvlive.com.

The plantation regime of slavery had a major impact on the Jamaican society long after the abolition of slavery. The lighter the skin, the more valuable you were during slavery and even today, after coming such a long way, that mentality still stands.

As recent as the 1960′s, dark skin Jamaican women were not the faces you would normally see serving in the banks, at the airline counters, at the hotel counters or at any of the higher positions in larger companies. It was well accepted that the place for the darker skin Jamaican women was certainly not in the better or more prestigious jobs. This took a major toll on the self-esteem of Young black Jamaican women, who accepted the position of living as a second class citizen. Darker skin women during the 1960′s did not bother much with higher education for various reasons, such as affordability, self-worth, having babies, not enough schools for higher education and not much in the future regarding better jobs.

The early 1970′s saw a new beginning and a turn in the direction regarding skin colour. A young politician by the name of Michael Manley (very light complexion man) became the Prime minister of Jamaica and spoke out strongly regarding prejudice against the darker skin Jamaicans. He constantly preached about equality among all skin colour. Mr. Manley himself fell in love with and married Beverley Manley, a dark skin Jamaican woman, who sported an afro. Michael Manley was loved by Jamaicans and was able to get his message across to many. Self-esteem among darker Jamaicans on a whole was on a high. Slogans like-PROUD TO BE BLACK and BLACK IS BEAUTIFUL were extremely popular. Songs included words like EMANCIPATE YOURSELVES FROM MENTAL SLAVERY, NONE BUT OURSELVES CAN FREE OUR MINDS ( Bob Marley ) and YOUNG GIFTED AND BLACK (made popular by Bob Andy and Marcia Griffiths were soaring on the charts in the 1970′s. Darker skin women were getting a boost of self-esteem. They were “proud to be black” and sported their neat afro, dressed confidently in their pedal pushers, mini skirts and hot pants. The faces that greeted customers at the service desks, banks and persons who represented companies as senior staff and managers were now including a number of Dark skin Jamaicans. As people became more aware of their self-worth, education became a priority.

You have to have one or all of the following to be socially accepted. Money, Education, Lighter complexion. Although Jamaica had never lost the whole stigma of the fair skin Jamaicans being the superior, the darker skin Jamaicans had become very aware that if they educate themselves, they could achieve greatness and become whatever they want to be. Black Jamaicans are now Bank Managers, Hotel Managers and owners, Doctors, Teachers, business owners and Might I say Prime minister!! Education has played quite an important roll in the lives of black Jamaicans who started achieving more, becoming bosses and professionals.

What could have brought on the recent craze for lighter skin among dark skin Jamaicans especially women!! This activity is identified mostly among the poorer class and the less educated. Could this be that the quest to be socially accepted has left them with no other choice? The poorer class obviously has no money, without money it is hard to get a higher education!! So the lighter skin might be the easiest of the three!! This certainly is no excuse for bleaching of the skin, as this is an extremely dangerous practice, which can negatively affect one’s health.

The darker skin women are losing the battle against the lighter skin women in the quest for love. Jamaican men seem to much favour the “brownings” (women with lighter complexion) and women of different race with lighter complexion. It is very obvious to see the pride and adoration in the faces of some black men when they walk down the street hand in hand with a light complexion woman!! One explanation given to me by a black man was “Black women do not groom themselves as well and things like going to the gym and spa are not very common among them”. A very famous DJ unleashed a monster among Jamaicans when he released the popular song-”mi love mi car mi love mi bike mi love mi money an ting, but most of all mi love mi browning “. That popular song (although very catchy and I must admit, I danced to the beat a few times) took us back several years, as many Jamaican men felt and still feel the need to follow suite.

The future looks very promising for the Dark skin Jamaican women, who have gotten far ahead in life, becoming Lawyers, doctors, Bank managers, Hotel managers even Prime minister, achieving Bachelors, Masters and PhD degrees. The future looks very bright, however loyalty from Jamaican Black men would be good. Most Black women are confident enough not to be needy, but to move forward to where they are appreciated and needed.

The question is have we really moved forward as a nation? It is really sad that a lack conscious thinking can hold a whole nation in the past.

For the original report go to http://cmvlive.com/life-style-a-fashion/life-style/is-there-prejudice-against-dark-skin-jamaican-women

Painting: “The Conversation” By Barrington Watson from http://visionaryartistrymag.com/2011/05/barrington-watson-capturing-the-beauty-of-culture/

2 thoughts on “Is There Prejudice against Dark Skin Jamaican Women?”