The New World Studies Series published by University of Virginia Press has established itself as the top academic series in Caribbean literary studies. Editor Cathie Brettschneider and authors from the series will be at Books and Books in Miami to celebrate the series and launch its two most recent publications: Raphael Dalleo’s Caribbean Literature and the Public Sphere: From the Plantation to the Postcolonial and Faith Smith’s Sex and the Citizen: Interrogating the Caribbean, both from 2011. Reception will begin at 6:00pm. Books and Books is located at 265 Aragon Avenue, Coral Gables, Florida.

Raphael Dalleo’s Caribbean Literature and the Public Sphere: From the Plantation to the Postcolonial brings together recent archival work in Anglophone, Francophone, and Hispanophone Caribbean studies to construct a new literary history of the region that is both comprehensive and innovative. Dalleo examines how changes in political, economic, and social structures have produced different sets of possibilities for writers to imagine their relationship to the institutions of the public sphere. In the process, he provides a new context for rereading such major writers as Mary Seacole, José Martí, Jacques Roumain, Claude McKay, Marie Chauvet, and George Lamming, while also drawing lesser-known figures into the story.

Raphael Dalleo, assistant professor of English at Florida Atlantic University, is also author, with Elena Machado Sáez, of The Latino/a Canon and the Emergence of Post-Sixties Literature. 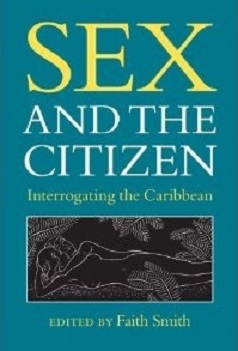 Faith Smith’s Sex and the Citizen: Interrogating the Caribbean is a multidisciplinary collection of essays that draws on current anxieties about “legitimate” sexual identities and practices across the Caribbean to explore both the impact of globalization and the legacy of the region’s history of sexual exploitation during colonialism, slavery, and indentureship. Speaking from within but also challenging the assumptions of feminism, literary and cultural studies, and queer studies, this volume questions prevailing oppositions between the backward, homophobic nation-state and the laid-back, service-with-a-smile paradise or between giving in ignominiously to the autocratic demands of the global north and equating postcolonial sovereignty with a “wholesome” heterosexual citizenry.

Faith Smith is associate professor of English at Brandeis University. She is also the author of Creole Recitations: John Jacob Thomas and Colonial Formation in the Late 19th-Century Caribbean, University of Virginia Press (2002).