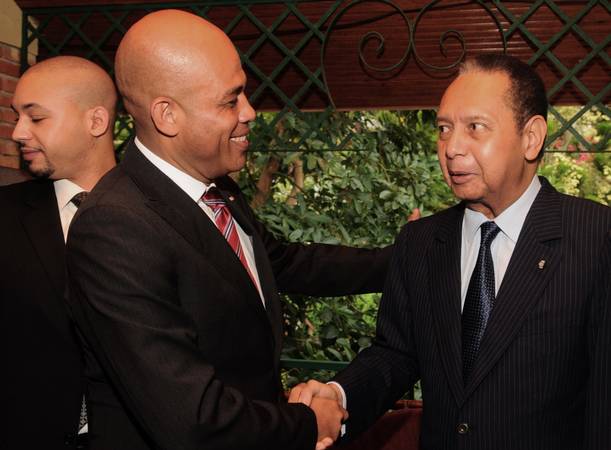 Haiti failing to bring Jean-Claude Duvalier to justice, the Associated Press reports in this article from the Amnesty International site.

Former Haitian president Jean-Claude “Baby Doc” Duvalier continues to evade justice, one year after authorities launched an investigation into crimes against humanity committed under his rule, Amnesty International said today.
Duvalier returned to Haiti in January 2011 after 25 years in exile in France.
Since then, he has been under investigation for serious human rights violations – including torture, disappearances and extrajudicial executions – that took place during his rule from 1971 to 1986.
“Crimes against humanity committed while Jean-Claude Duvalier was in power remain shrouded in total impunity,” said Javier Zúñiga, Special Advisor at Amnesty International.
“The authorities haven’t made a serious effort to look into past events that afflicted a generation of Haitians with torture, enforced disappearance, extrajudicial executions, arbitrary arrests and other serious human rights violations.”
Regional and international human rights bodies including the Inter-American Commission on Human Rights and the UN Office of the High Commissioner on Human Rights have re-affirmed Haiti’s obligation to investigate these crimes and bring those responsible to justice.
Haiti’s Justice Minister recently committed to tackling impunity for crimes committed since 2000, although this would not cover crimes committed under Duvalier’s rule.
The investigation has also been undermined by repeated personnel changes in the post of Public Prosecutor – who makes critical decisions about how the investigation into Duvalier progresses – since current Haitian President Michel Martelly took office in May 2011.
At the end of September 2011, Public Prosecutor Félix Léger told Amnesty International that the file on Duvalier’s investigation for crimes against humanity had already been submitted to his office in July and that a task force would be created to examine the investigation’s findings and determine the next steps.
Félix Léger was replaced as Public Prosecutor in October and since then his position has been filled by three different people. René Cénatus, the most recent appointee to the post, took office on 4 January 2012.
“The investigation seems to have deliberately stalled by changing Public Prosecutors multiple times,” said Javier Zúñiga.
“It has become evident that in Haiti, the independence of the judiciary is just a mirage.”
Haitian authorities at the highest level have until now shown great leniency towards Jean-Claude Duvalier, while showing contempt to the victims of human rights violations who continue to await justice and reparation.
Despite being assigned to his residence during the investigation, Jean-Claude Duvalier continues to take part in public events accompanied by his lawyers and supporters.
In October, President Martelly paid a highly publicized visit to Duvalier’s home, under the pretext of national reconciliation. Duvalier took also part in an official ceremony this month to commemorate the second anniversary of Haiti’s earthquake.
“The Haitian government must end this pretence of justice and take a clear, public stance on the case against Jean-Claude Duvalier,” said Javier Zúñiga.
“Haitian judicial authorities must be given all the resources and support – including from the UN – they need to conclude the investigation and bring those responsible to justice in trials that meet international standards.”
In September 2011, Amnesty International published You cannot kill the truth: The case against Jean-Claude Duvalier, a report that revisits the organization’s previous research on widespread and systematic human rights abuses committed in Haiti in the 1970s and 1980s.

For the original report go to http://www.amnesty.org/en/news/haiti-failing-bring-jean-claude-duvalier-justice-2012-01-16

One thought on “Amnesty International: Haiti failing to bring Jean-Claude Duvalier to justice”