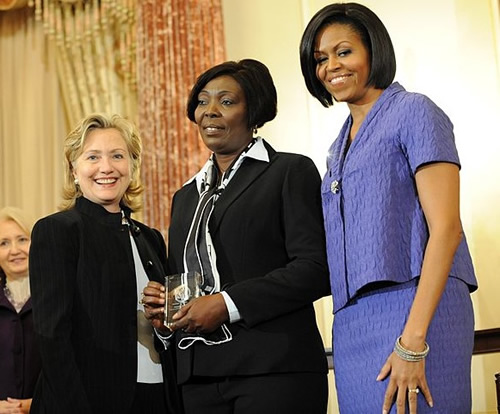 Two years after the earthquake in Haiti, the struggle continues and Sonia Pierre was a leader of that struggle. The Committee for Dominican-Haitian Childhood [Comité Pro Niñez Dominico-Haitiana] and various like-minded organizations have come together to reaffirm their commitment to the Haitian people and to pay posthumous homage to the internationally recognized defender of human rights, Dominican-Haitian activist Sonia Pierre. The commemoration will be held today, January 12, 2012, at 6:00pm at the Evangelical Seminary of Puerto Rico. The Seminary is located at 776 Ponce de León Avenue in Río Piedras, Puerto Rico (in front of the University of Puerto Rico train station).

The special guest will be social psychologist Sobeida José, collaborator with the Dominican-Haitian Women’s Movement [Movimiento de Mujeres Dominico-Haitianas or MUDHA]. She will deliver a talk on the life of Sonia Pierre, her struggle, her contributions to Dominican-Haitian relations and her diverse projects in Haiti. The respondents will be Reverend Ángel Luis Rivera (executive ecretary of the Council of Churches of Puerto Rico); Dr. Liliana Cotto (community sociologist); and Romelinda Grullón (director of the Center for Dominican Women). The moderator is Wanda Colón Cortés.

Co-sponsors include Proyecto Caribeño de Justicia y Paz; Grito de l@s Excluid@s, Capítulo de Puerto Rico; the Council of Churches of Puerto Rico; the Evangelical Seminary; the Center for Dominican Women; the Dominican Committee on Human Rights;  the Committee of Solidarity with the People of Haiti; and the Ilé Collective.

[Many thanks to Robert Rabin for bringing this item to our attention.]