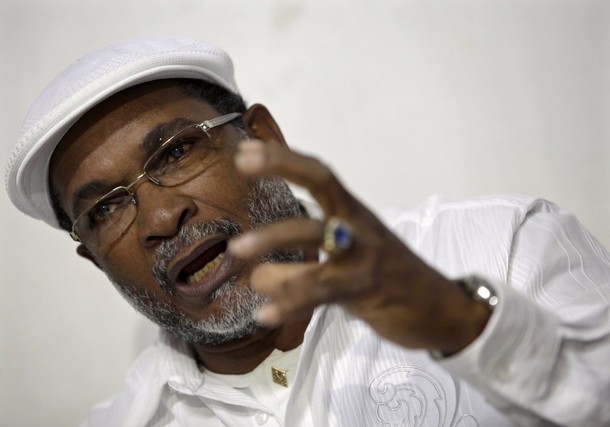 A body of top Afro-Cuban priests is predicting a year of change and upheaval in 2012, but the group says fears the world will end are wrong, the Associated Press reports.

In their annual New Year’s forecast, the priests warned the world could see more earthquakes and increased global warming, and they cautioned that people should also be vigilant against matrimonial discord.

That may not be a very cheery message, but it’s a lot better than the fire-and-brimstone prophecies that that some have attributed to the Maya, whose calendar cycle ends on Dec. 21, 2012. The priests say they see a spiritual end to old things, but not a physical end to the planet.

Believers around the world have furthered the theory, which stems from a stone tablet discovered in the 1960s at the archaeological site of Tortuguero in the Gulf of Mexico state of Tabasco that describes the return of a Mayan god on that date, similar to the story of Judgment Day.

But Cuba’s priests say that “what needs to die is not the world itself, but rather the ways in which the world has lived until now: confrontations, wars, misery and discrimination”, said Lázaro Cuesta, one of the island’s leading Santería priests, or babalawo. “For us, an old world must end so that a new world is born …. It is not a physical end.”

Santería, which mixes Catholicism with the traditional African Yoruba faith, is followed by many people in Cuba, where about a third of the 11.2 million population is of African descent.

The Afro-Cuban priests have a mixed track record themselves, despite keeping their predictions rather vague.

In January 2010, they forecast struggles for power, treachery and coups d’etat, and said the world would see the death of an inordinate number of political leaders. That would have been a better description of 2011, which saw the upheavals brought on by the Arab Spring, as well as the death of North Korean leader Kim Jung-Il.

The babalawo priests predicted more coups and wars in last year’s message, in addition to growing economic openness on the island. That latter prophecy was a relatively easy call as President Raul Castro had already announced plans for a major shakeup of Cuba’s command economy.

This year, the priests also warned of the loss of many people to the infirmities of old age, always a delicate message on an island run by an 80-year-old president and several octogenarian aides.

But the priests often make the same prediction, and they said their message this year was not aimed at Cuba’s leaders or former President Fidel Castro, who at 85 is fully retired.

The priests also declined to weigh in on major events for 2012, like the March 26-28 visit of Pope Benedict XVI or elections in the United States.

For the original report go to http://www.3news.co.nz/Afro-Cuban-priests-make-predictions-for-2012/tabid/417/articleID/238148/Default.aspx#ixzz1iMbz6Czj

One thought on “Afro-Cuban Santería priests make predictions for 2012”