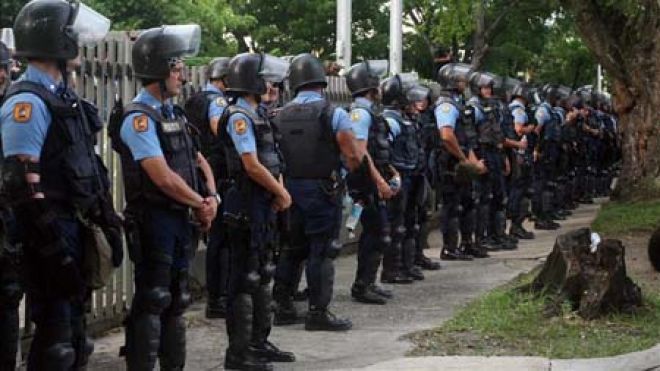 The seven people murdered in Puerto Rico on Thursday raised to 1,130 the tally of violent deaths on the island two days before the close of the year, a figure that has broken crime records, Fox Latino News reports.

The death toll for 2011 indicates that Puerto Rico during the course of the year has experienced almost three violent deaths per day.

The latest victims of this ongoing spiral of violence were three men between the ages of 21 and 30 who were shot to death early Thursday morning in a San Juan public housing project.

In the eastern coastal town of Fajardo, a man was riddled with bullets and the woman with him, who was gravely wounded, died en route to the hospital, and in Villalba, in the central part of the island, police found the bodies of two men who apparently had been strangled.

The island’s assistant police director, Leovigildo Vázquez, announced that the murders of the three men in the capital were linked to drug trafficking, which is the cause of about 50 percent of all violent deaths in the U.S. commonwealth.

The magnitude of the problem – starting in October – has led to defendants in violent crimes committed with firearms being tried in U.S. federal court.

Puerto Rico’s resident commissioner in Washington, Pedro Pierluisi, at the beginning of December met with U.S. drug czar Gil Kerlikowske to ask for an increase in police pressure on drug trafficking on the island.

For the original report go to http://latino.foxnews.com/latino/news/2011/12/30/puerto-rico-murder-count-reaches-1130/#ixzz1i52cbaUU