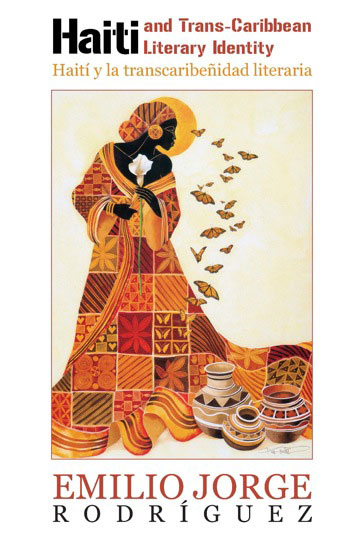 The Dominican author and Syracuse University professor Silvio Torres-Saillant said that, “This work of Cuban colleague Emilio Jorge Rodríguez should be listed among the few books that can be said to truly advance the understanding of the subject they address.”

Topics covered are the Haitian novel in the 20th century and the search for Amerindian and African origins in the masterful work of Alejo Carpentier.

The subject of “Creole transgressions” between Haiti and the Dominican Republic is critically explored, and is sure to raise some eyebrows or even tempers but definitely imparting new intelligences, said Lasana M. Sekou, HNP projects director.

Then there’s an utterly rare and captivating discussion placing Cuba’s grand poet Nicolás Guillén on a visit to Haiti and at the “elite” center of the country’s debate on race and culture.

“The essential subject areas of Haiti and Trans-Caribbean Literary Identity are uniquely interpreted. I would dare say that this book is a missing link for most in our fuller knowledge and experiences of Caribbean literature and culture, of how we think and why we live as we do in this region,” said Sekou.

The book was launched recently in Venezuela at the Universidad de Oriente-Nueva Esparta, where Rodríguez was the special guest speaker at the Academic Session of the 29th National Meeting of Teachers and Researchers of Linguistics (ENDIL). He also gave the workshop on Orality and Literature in the Caribbean.

At the book launch, Prof. Douglas Uzcátegui called Rodríguez “one of the most authoritative voices in the Caribbean and from the Caribbean. His career as a researcher reflects a long and sustained work that exposes a tour on orality and writing of the diverse, complex and rich Caribbean culture.”

A well-published author, Rodríguez has lectured at universities and conferences in Latin America, the Caribbean, and the USA.

Haiti and Trans-Caribbean Literary Identity, which continues HNP’s modest but noticeable foray into multilingual books, is available at Amazon.com, spdbooks.org, and other bookstores.

For the original report go to http://www.thebahamasweekly.com/publish/caribbean-news/Haiti_and_Trans-Caribbean_Literary_Identity_a_missing_link_in_Caribbean_literature19371.shtml