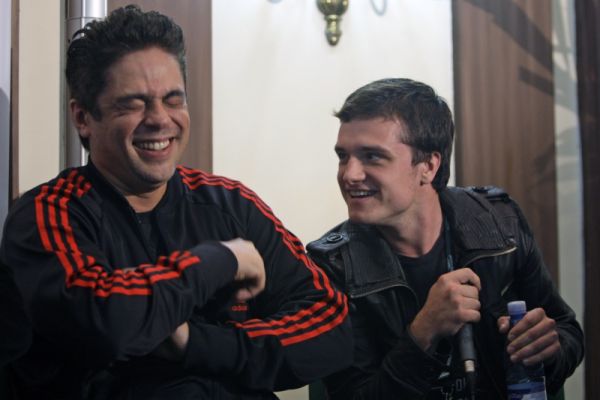 Benicio del Toro has said the labour of love that went into his directorial debut in the movie Seven Days In Havana was so gratifying that he plans to keep working behind the camera, the Associated Press reports.

“To see the motivation of all the artists, working 14 hours a day, to see the confidence they had in me, the collaboration between everything, is something very special,” the Puerto Rican actor said at a news conference in Havana, where Seven Days is screening this week at the city’s annual film festival.

“It’s an experience that motivates me to dream of trying it again,” said del Toro, who won the 2003 Oscar for best supporting actor for his role as a Tijuana drug cop in Traffic.

Seven Days is a French-Spanish production made up of seven shorts, based on stories by Cuban writer Leonardo Padura, that take place on different days of the week and show different visions of Cuban society.

Del Toro directed the first segment: The Yuma, Cuban slang for The American, which tells the story of a young American who travels to Havana for the film festival.

“The theme of the short is to show how people can retain their dignity. It’s something very human,” del Toro said.

US actor Josh Hutcherson, who plays the title role in The Yuma, said del Toro yelled a lot but was a genius director, and he would love to work with him again.

Del Toro said the movie is still in post-production and some details still need to be refined before release.

For the original report go to http://www.google.com/hostednews/ukpress/article/ALeqM5jJQUlQR8_MfQddq1_TqH9LbSfJjQ?docId=N0382771323551785701A