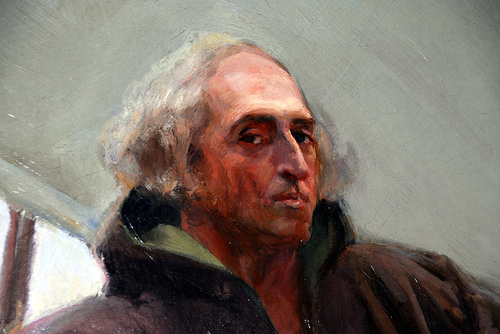 Caribbean and Diaspora Studies have made significant strides over the past few decades. They have come a long way since their principal focus was to provide new information and legitimacy to a range of disciplines in the conventional academic disciplinary fields. Now they have arrived and should be taken seriously, as Franklin Knight argues in this piece in Jamaica’s Observer.

The prevailing notions that Africa and Africans have no history independent of European accounts are no longer sustainable, given the important contributions of African oral traditions, and new records preceding European adventures in Africa. Conventional ideas about the African slave trade have also been drastically overhauled. We now have records of more than 23,000 slave ships between 1600 and 1870 that allow us a vastly more complete history of the trans-atlantic trade. Accounting for approximately 85 per cent of the trade, these records offer extensive detail of volume, ports of provenance, deposits, conditions of trade, mortality rates and geographically determined ethnic composition of the passengers.

Works by Alberto Vieira, Genaro Rodrigues Morel, James Sweet and several others have completely undermined those durable but unsustainable assertions of “social death” or “traumatised arrivals” or intellectually challenged consequences of enslavement. There has also been a major re-evaluation of the economic consequences of the slave trade on commerce and capitalism generally. But it should also be pointed out that a focus on slavery no longer dominates the studies of African American societies in their hemispheric or national dimensions. Diaspora studies, after all, are more, far more than the simple experience of slavery, however important that episode may have been in the history of the migrations of peoples and the development of Caribbean societies. Broadening the interests of the dynamic societies to illustrate the astonishing creativity of Africans and their dispersed diasporas does not reduce the horrors and indelible consequences of the trans-atlantic slave trade. It was entirely a nasty business.

The various Caribbean societies represent a unique construction in the modern world. The indigenous populations were culturally shattered, demographically decimated, and replaced by an artificial construct that combined biologically all the intrusive newcomers from Europe and Africa (and later Asia), along with local inhabitants in an unprecedented socio-political setting – the American plantation society.

Caribbean Studies may be new but the practice is relatively old. The first book in a European language about the Caribbean dates to 1498 when Father Ramón Pané, on the instruction of Christopher Columbus, wrote An Account of the Antiquities of the Indians (Relación acerca de las antiguedades de los indios). Pané’s book, along with other official reports such as Columbus’s own log, and accounts by informed 16th century public figures such as Bartolomé de Las Casas, Gonzalo Fernández de Oviedo, Peter Martyr, Alonso de Herrera, and others who had various reasons to write about the world they were busily remaking constitutes the best early account of early American societies.

By the 17th century the Iberian monopoly was broken and non-Spanish writers appeared who correctly saw the Caribbean as the stepping stone to the mainland. Captain John Smith published his The True Travels, Adventures, and Observations of Captain John Smith, In Europe, Asia, Africa, and America, from Domini 1593-1629 in 1630. Father Jean Baptiste DuTertre published his Histoire Générale des Antilles Habitées par les François in 1667, following a shorter history earlier of St Christopher, Guadeloupe and Martinique. Charles de Rochefort (who seemed to have seen a manuscript copy of DuTertre’s work) published a Histoire Naturelle et Morale des Antilles de l’Amerique in 1658, revising it in 1665. Richard Ligon, a refugee from the English Civil Wars, published A True and Exact History of the Island of Barbados in 1657.

Colonisation had spread across all the major European countries and so descriptive accounts were being produced in increasing numbers. Dalby Thomas’s An Historical Account of the Rise and Growth of the West Indies appeared in 1690. The first volume of J Oldmixon The British Empire in America appeared in two volumes in 1708. Charles Leslie brought out A New History of Jamaica and the Earliest Accounts to the Taking of Porto Bello by the Vice Admiral Vernon, In Thirteen letters from a Gentleman to his Friend, in 1740.

The four most impressive works that emerged were probably by the Abbé Raynal, Edward Long, Iñigo Abbad, and Bryan Edwards. Raynal’s Histoire philosophique et politique des établissements et du commerce des européens dans les deux Indies appeared in Amsterdam in 1770 and enormously influenced Adam Smith’s The Wealth of Nations (1776) and even Karl Marx’s Das Capital. Edward Long’s A History of Jamaica appeared in 1774 and was an exhaustive examination of British colonialism at the time, and blends narrative with strong opinions. Iñigo Abbad’s Historia geográfica, civil y natural de la isla de San Juan de Puerto Rico appeared in Madrid in 1788 and indicated the coalescing of an island consciousness in Puerto Rico at the end of the 18th century. Bryan Edwards, who like Long, came from an established British family and could be called Creoles only by sympathy, published the first edition of his The History Civil and Commercial of the British Colonies in the West Indies in 1793.

Any good university with a Caribbean studies programme should have these books.

For the original report go to http://www.jamaicaobserver.com/columns/Reviewing-Caribbean-history_10333613#ixzz1fuz7mqXy