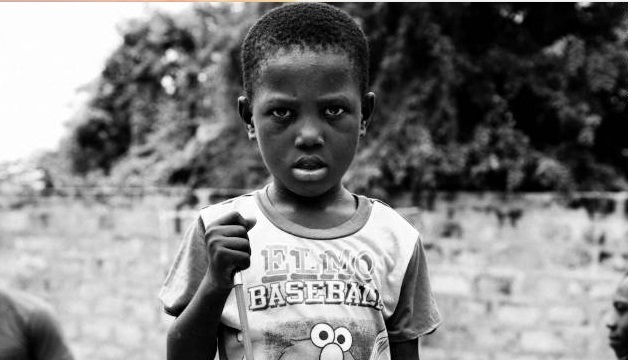 Steven Taylor is a 24-year-old music and celebrity photographer. In the past two years, Steven has photographed Common, John Mayer, Snoop Dogg, Pharrell, Bruno Mars, Edward Sharpe and The Magnetic Zeroes, John Legend, and more. He recently accompanied Common and the CNN Freedom Project on a trip to Haiti, during filming of the documentary, “Common Dreams.” His work can be viewed at www.StevenTaylorPhoto.com

Why did you decide to travel with CNN and Common?

I’ve never been to a place like Haiti, so initially it was an experience I couldn’t pass up. My work tends to shelter me from the negative reality of the world since I’m generally hired to accentuate a more glamorous lifestyle.

It was an exceptionally eye-opening trip given the obvious state of crisis Haiti is in, but also because of the contrast of people I experienced it all with.

Common is someone I work with back home, so having him there raised an awareness of how our day-to-day lives are so different from the Haitians’ right now. That heightened awareness will continue to affect my life and keep me grounded, which made this trip a crucial step in my career.

Read more about what Common saw in Haiti

What were your initial thoughts when you arrived in Haiti?

Getting off the plane, about 10 men were insistent on carrying my bags in hopes of being tipped. They would do anything for a couple dollars.

The most shocking moment was when I saw a group of children shaking a fence, begging for food and money. I had never seen such desperation before. These sights stick with you. I knew I wouldn’t leave the same.

You’re known for your work with celebrities, particularly musicians, how did this experience differ?

It actually didn’t differ much at all. I want my clients, whomever they may be, to leave with the truest photos they’ve ever seen of themselves. I want to capture the soul of the subject. The only real difference or challenge was the language barrier.

What was your favorite photograph from the trip? Why?

I took a photo of a man standing in rubble, wearing a Tampa Bay Buccaneers jersey. He had one leg, one crutch, and was holding the hand of a half-naked child.

I’m from Tampa, Florida, so seeing this man in a familiar jersey just hit home. It made me realize how much I take for granted. I’ll ever forget what that photo taught me.

There are a number of photographs of people in this gallery, especially children. What struck you about the people you met in Haiti?

The children in particular inspired me. In the midst of devastation, they still made the most of their situation. They goofed around with me when I pointed the camera in their direction.

They played games with rocks and dirty water bottles, and almost all of them were smiling and laughing. They had so much character and strength because of how hard their everyday lives are, and it was inspiring to see. The children definitely became my focus.

View a hi-res version of his images

What was your favorite experience of the trip?

One of the nights we all went to a bar in town and heard one of the local bands play. It was so refreshing to see the positive side of the Haitian culture. I was blown away by their liveliness given the hand they’ve been dealt. It was an inspiring experience.

For the original report go to http://thecnnfreedomproject.blogs.cnn.com/2011/11/23/photographer-changed-by-haitis-restaveks/