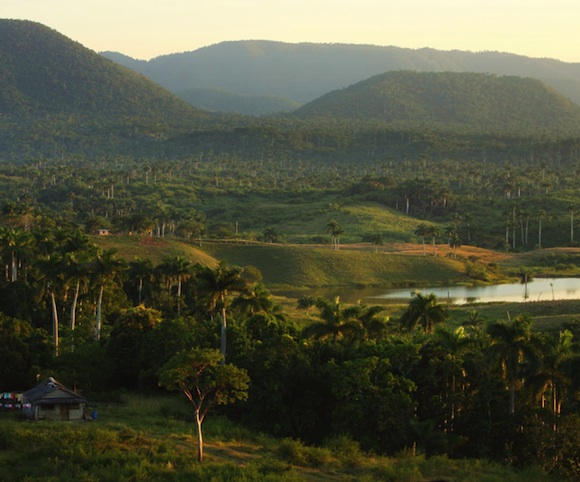 Cubans and Japanese researchers claim to have found samples in Cuba of the impact of the huge asteroid that happened around 65 million years ago in the vicinity of the current Yucatán peninsula, according to Granma newspaper. Some of these geological formations, which are up to 500 meters thick, are located in the mountain ranges Cordillera de los Órganos and la Sierra del Rosario, in Pinar del Río, and other areas of Matanzas, both provinces in western Cuba.

After 14 years of study, specialists of Cuba’s National Museum of Natural History and the Institute of Geology and Paleontology, and the University of Tokyo, have asserted that those formations have indications of having arisen as a result of large waves or tsunamis triggered by the collision.

One of the most noticeable traces of such an important event is the presence of a layer with a high content of iridium, a material that is rare in earth’s rocks, but is abundant in meteorites and certain space bodies. This impact, which allegedly caused the extinction of the dinosaurs and other species on Earth, corresponds to the giant crater more than one kilometer deep, called Chicxulub, the Mayan name of the locality where it was found in Yucatán.

For full article (and photo of Sierrra del Rosario above), see http://www.cubadebate.cu/noticias/2011/11/11/hallan-en-cuba-evidencias-de-impacto-de-enorme-asteroide/