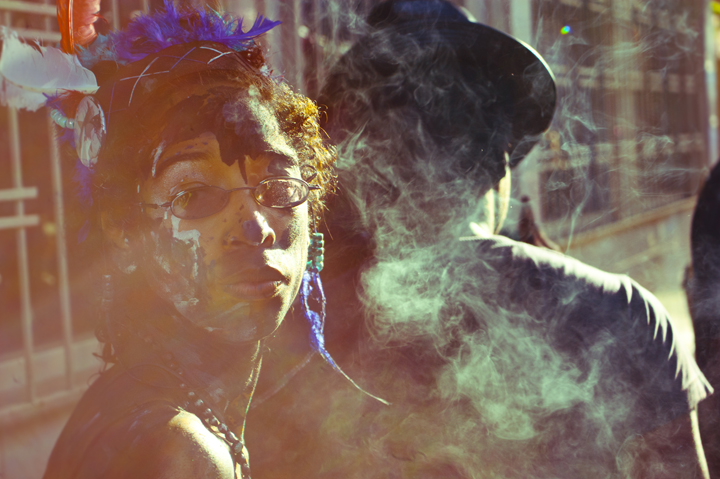 Caribbean Studies at New College, University of Toronto presents: The Canadian premiere of The Amerindians (Trinidad & Tobago, 2010) by Tracy Assing will be screened on Friday, October 14, 2011, at 6:30pm. This premiere screening will be followed by a panel featuring Tracy Assing, (writer and filmmaker), Heidi Bohaker, (Department of History, University of Toronto), Richard Fung, (Integrated Media Program, Ontario College of Art and Design University), and Melanie Newton, (Department of History, University of Toronto). This event, which is free and open to the public, will take place at the William Doo Auditorium, 45 Willcocks Street (at Spadina, one block south of Harbord & Spadina).

Description: “The only real Caribs are dead Caribs.” In this revealing film, Tracy Assing seeks to put to rest that historical saw. Assing was raised a member of the Santa Rosa Carib Community, the only recognized group representing indigenous descendants in Trinidad and Tobago. Until now, Amerindian descendants have depended on the stories of their grandparents and great-grandparents for their history, while the indigenous story of survival has been written out of the history books. Assing walks us through her own exploration of the history of the Santa Rosa Community and, as her great aunt, the Carib Queen, prepares to join the Great Spirit, ponders an uncertain future.

In an interview with the director, the Trinidad and Tobago Guardian writes: She realized she had to tell the story of her people for posterity. Assing said: “The media do not recognize us much. Except for the Day of Recognition (October) and the Santa Rosa Festival (August). In the 70s and 80s, there were fairly regular stories about what we were doing.” Assing added: “The film started with questions. I grew up in the Carib Community. I went to school at Arima Secondary. I was taught the Caribs and Arawaks had been decimated. But I was still alive. I was of Carib ancestry. I wondered whether we did eat people. Do we eat people? I would ask my parents…I thought I would ask my priest (Fr Christian Perreira).” She lamented the Carib community was facing a sense of erosion. Assing added: “Where was the sense of identity…the sense somebody could apply. Young people started to distance themselves from ‘what it is to be Carib’. The word Carib became commercialized. A beer is a Carib.” Questions assailed her. “They may not have been Carib or any tribe called Carib. There were a number of tribes. People were put into missions.” Miscegenation had taken place within the Carib community, too. As she embarked upon the odyssey, Assing had tête-à-tête with archaeologist Dr. Basil Reid, eminent historian Prof. Bridget Brereton and her late great aunt Carib queen Valentina Medina. (For the full interview with Assing, see http://www.guardian.co.tt/node/17900.
Also see previous post https://repeatingislands.com/2010/09/27/new-film-tracy-assing%E2%80%99s-the-amerindians/.)

[Many thanks to Holly Bynoe for bringing this item to our attention.]

4 thoughts on “Tracy Assing’s “The Amerindians” Premieres in Canada”