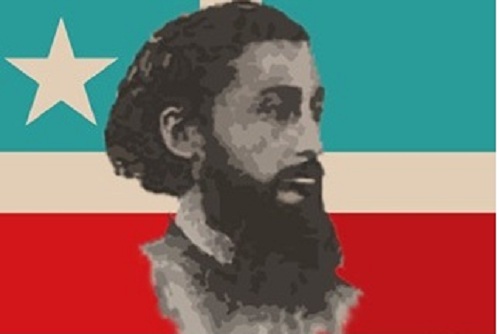 Today (September 23, 2011) in Puerto Rico, many towns and organizations are commemorating the 1868 pro-independence insurrection known as “El Grito de Lares.” In “El Grito de Lares resiste el paso del tiempo” [El Grito de Lares Withstands the Passing of Time] Alba Y. Muñiz Gracia (El Nuevo Día), writes that “today, 143 years after the armed uprising in which hundreds of Puerto Ricans rebelled against the regime of Spain, part of the people returns to challenge the will of the deceased Captain General [Julián Pavía] to commemorate the rebellion of 68 with marches, a religious mass, and flower offerings” and continues to celebrate an act that remains rooted in the collective memory of Puerto Rico.

Hours after quelling the armed uprising that took place in Lares that September 23, 1868, little did Spanish Captain General and Governor Julián Pavía think that the force of this event, described by him as “fleeting,” would remain rooted in the Puerto Rican collective memory. [. . .]

Pavia’s view was reflected in several documents of the time, some in his handwriting, which have survived the passage of time between the cold walls of the General Archive of Puerto Rico. Here, among hundreds of thousands of documents, there is preserved a written communication, dated October 8, 1868 and signed by Pavia, where the Governor refers to the rebels as “a portion of individuals that are the dregs and filthy scum of the Puerto Rican people” and expresses his conviction that the event would be forgotten in a short time. “What happened in Lares has rapidly ended, soon forgotten will be the fleeting event, for which, I assure you, no one will be left without suffering the consequences of his criminal attempt,” he adds almost at the end of the old, yellowed page.

Precursors of the Grito de Lares include figures such as Dr. Ramón Emeterio Betances, known as the “Father of the Nation” [Padre de la Patria] and the “Doctor of the Poor” and lawyer Segundo Ruiz Belvis, who at the time of the uprising had been exiled and were searching for weapons and the support of Latin American leaders for the cause. Both were also known for their fierce opposition to slavery, which was abolished on March 22, 1873. The revolution found them away from Puerto Rico because the rebels had decided to the date bring ahead because the plan had been detected by Spanish authorities.

[. . .] Due to the political repression unleashed from that moment, the Grito de Lares was not commemorated until the 1930s when it was exalted by the Nationalist Party, under the direction of Pedro Albizu Campos. Since that moment, every September 23, Plaza de la Revolución in Lares receives hundreds of Puerto Ricans that make sure that the liberating gesture of 1868 does not fall into the oblivion that captain general Julián Pavía expected almost a century and a half ago.

[Shown above, the proposed flag of an independent Puerto Rico with the profile of national hero Ramón Emeterio Betances.]