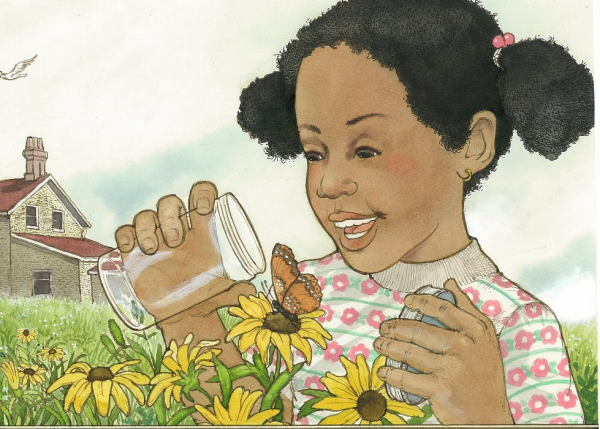 A scientist is a man. He’s white, with Einsteinian hair and, most likely, mad. At least that’s what many children think. When teachers ask their students to sketch a scientist, the predominant drawing is a man with a beaker and crazy hair, says Meghan Groome, who directs the NY Academy of Sciences‘ K-12 Education. She was one of the speakers at “Reaching the niches: connecting underrepresented groups with science,” an event held August 24 by Science Online NYC at Rockefeller University in New York City.

Groome thinks that one of the reasons children from low-income neighborhoods don’t enter science-related careers is limited access. “Kids have very little exposure to science,” she says. When students never meet scientists, then stereotypes fall into place. And meeting people in the sciences does make a difference: After visits and field trips, student sketches include field researchers, smiles, and ponytails.

Daniel Colón Ramos, who grew up in Puerto Rico, also stresses the importance of diverse role models. He is the director of CienciaPR, a group that promotes collaboration between scientists. Science textbooks aren’t contextualized to Puerto Rico, says Ramos. A popular example of seed dispersal is the spinning maple seed, which is nowhere to be found in Puerto Rico. Also, while it’s well known that rubbing a balloon in your hair makes static electricity, that doesn’t hold up in the country’s humidity.

These examples make science seem remote and for other people, Ramos argues. “Here’s how science works,” he interprets, “but it doesn’t apply to you.” His website shares scientific news that is contextualized to the realities of the Puerto Rico, and also provides a place where scientists can facilitate interest in science on Puerto Rico’s own turf.

But you don’t have to be anywhere near a scientist to talk to her. Social media makes connecting with scientists easier than ever before. Thousands of scientists are online and available to talk via blogs and Twitter. Nancy Parmalee, another speaker, is a graduate student at Columbia University who uses Twitter to talk to other scientists as well as the curious public. Now, asking a scientist a question is a click away. Unfortunately, many people don’t know you can just start talking to a scientist, she says. They appear intimidating, and while many are indeed busy, just as many are happy to talk to those who are interested in their research.

Individual efforts, such as mentoring, are important, but so is fundamental change. Dhiraj Murthy, an assistant professor at Bowdoin College, says the people and institutions with power – those with the funding, ability to hire, and time to invest – are those who can bring about the biggest change in the scientific community.

There aren’t any clear answers to getting low-income, minority or underrepresented people involved in science. Role models are key, so is exposure, science communication, and hands on learning. Poverty is also inextricably linked with education. What is clear is that the more diverse the people in science, the more diverse the science that can be accomplished.

Watch the event here or follow the night with Storify.

For the original report go to http://magblog.audubon.org/science-everyone-reaching-underrepresented-science