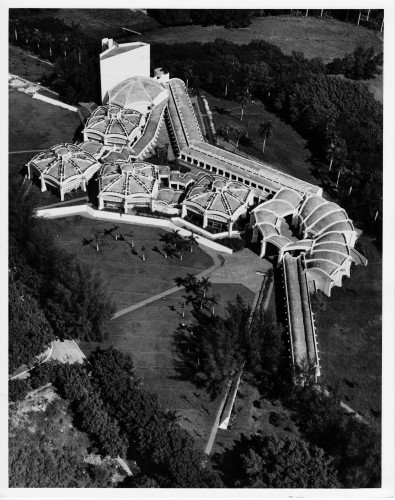 Irina Vinnitskaya reports on a new documentary on the architects of Cuba’s forgotten art schools.

“Unfinished Spaces” is a critically acclaimed documentary about the ambitious design and construction of the Escuelas Nacionales de Arte, or National Art School in Havana, Cuba in 1961, which was to feature schools of ballet, modern dance, music, drama and plastic arts. The university was the brain child of Fidel Castro and Che Guevara who wanted to establish a prestigious, cutting-edge arts university for the people of Cuba. The project was abandoned due to cut funding and ideological differences, but the three architects responsible for the design, Ricardo Porro, Vittorio Garatti and Roberto Gottardi, were still excited when in March 1999 they were called to lay out a budget to preserve the languished schools.

Decades ago the ambitions of Fidel Castro and Che Guevara were embraced by the poor and illiterate of Cuba. They promised prosperity and education free from dictatorial and foreign rule. After having defeated Batista and booting the Americans out of the country, Castro and Guevara embarked to make due on their promises. They began by closing universities and schools and sending the educated to rural areas to teach the poor and illiterate to read. 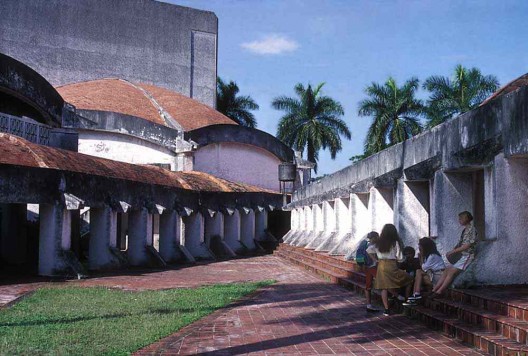 Architect John Loomis, author of the new edition of Revolution of Forms, Cuba’s Forgotten Art Schools writes that Che wanted to establish a revolutionary, international school. Castro knew the architect Ricardo Porro, who was hired for the job along with a pair of Italian architects, Vittorio Garatti and Roberto Gottardi, who were living in Havana. Given the nearly impossible task of one year, the trio began to master-plan the campus with a building complex for each school in the university.

As history would have it, the Cuban Missile Crisis of 1962 diverted funding from education to defense and by 1965, in an atmosphere of ideological conflict, the school was declared complete. Though far from finished, the organic complex of brick and terra-cota vaulted structures revealed the excitement with which the architects approached this project. “The school of modern dance was finished, the school of plastic art was pretty much finished, the school of music was close, and the school of drama was about half-way done,” Loomis stated. “They were all used to different extents – from full use to no use.”

Rising tension among the classes sparked animosity towards the architects. Porro and Garatti retreated to Europe due to their aristocratic descent. With the campus still far from finished, the buildings fell into disrepair, were subjected to vandalism and were overrun by tropical growth. Loomis’ book brought the issue into the forefront, and the embarassed Cuban government invited Porro and Garatti back to Cuba. They were welcomed back as heroes, acknowledged for their work on the campus. “Unfinished Spaces” and an updated version of Loomis‘ book sheds more light on the vindication of the architects and their vision.

For the original report go to http://www.ibtimes.com/articles/205112/20110828/unfinished-spaces-portrays-vindicated-architects-of-cuba-s-forgotten-art-schools.htm